Phenobarbital (phenobarb) is a seizure control drug. As the name suggests it’s a barbiturate, given to babies because it’s an old tried and tested drug, the side effects are all known thanks to it’s 50+ years in use.

W was put on it in St Peter’s at about a week old when it was suspected she might be suffering seizures. We were never convinced and an eeg showed no seizure activity. The plan in St Peter’s was to wean her off before she came home but this plan wasn’t agreed once we moved her back to Frimley Park. She was put on a very low dose and the plan then was that she would outgrow it.

Almost a year on, no seizures, we asked what the plan was and her Paediatrician agreed to wean her from it. She was on 0.9ml (9mg) a day, we dropped 0.1ml every 3 days. It’s been 6 days since her last dose and what a difference!

She’s smiling, interacting, laughing her own little laugh and babbling much more. At the weekend she did something I never thought she would do, she was given a present by her Grandma & Grandad, I put her hand to a torn edge of paper and gently pulled for her, she helped, then smiled and laughed in response to the ripping. Unbelivable.

Today she reached and grabbed her muslin that was next to her in her cot as I pumped, she heldon to it and then lifted it up! This might sound trivial, but this is HUGE for Willow, a big milestone she’s reached, grabbing. She’s slower than an nt (neurotypical) baby would be but that’s pretty irrelevant. 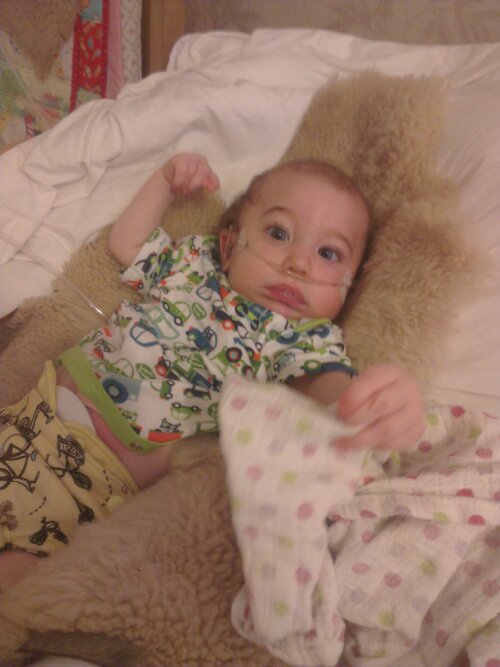 W grabbed and held her muslin