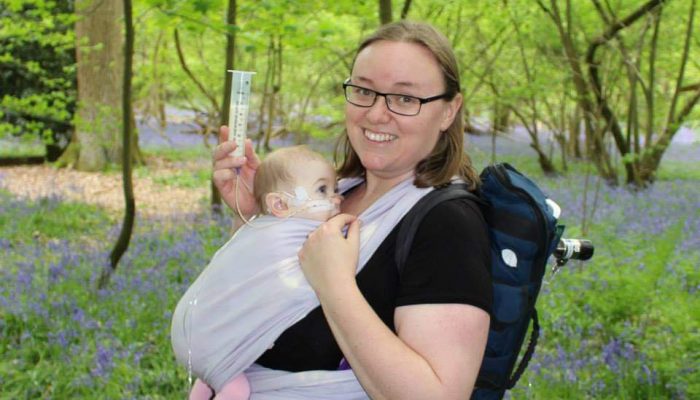 Incredible. And so precious.

It’s an emotional time around now as my mind flicks back. 9 years ago right now Willow was being resuscitated, I was still under general anaesthetic having had Willow by emergency C-section and Paul was left supporting the midwife who had come to our home to support our home birth. The fullness of time and getting solicitors and experts involved has revealed why the support was needed by her instead of being recieved from her by Paul.

Human error, several errors, changed the course of my baby’s life, took away the chance of a long life and made the shortened life she is to have much more difficult for her.

I’ve always felt great compassion for the midwife who made these mistakes, she is human after all, but as my beautiful girl goes through puberty and we have to witness her body starting to strain under such immense pressure, her spine twisting, taking her rib cage with it and pushing everything else out of place as it goes, I’m no longer so able to show quite the same level of compassion as I could, even just a year ago. They were human errors, but they were catastrophic.

In the last year we’ve got to read report after report about our child’s prognosis, about what support and equipment she will require to live something remotely close to the best life possible.

We’ve had to look at our child’s life expectancy written in black and white in more than one report, we got to listen to experts bicker over the correct algorithm to use to determine her life expectancy, is the Californian study on outcomes of children with cerebral palsy GMFCS Level V relevant to a child in the UK? Does she truly roll over or does she roll in two parts. Both make a difference on the number of years assigned to her.

We’ve met in the region of 20 to 25 experts in all areas relevant to Willow’s life. Each taking at least a couple of hours of our time, going over much the same thing quite often. It will all be worth it, I know, it will, but it doesn’t stop it being hard.

Life has tipped upside down in both a positive and a negative way and sometimes were not sure which way is up.

I’m sitting here next to Willow’s bed, gone 2am now, watching my beautiful girl as I write this. Allowing myself a rare wonder about how things could have been, what would she be doing, what things would she enjoy, would she be an artist, a musician, a scientist? Would she love sport?  Would she be a sweet or savoury kind of girl? What would her favourite food be? Would her and Arthur be best friends or arch enemies? How different would Arthur be? Would he struggle quite so much if he had a sister to share this childhood with who he could collude with, play with, moan about parents with?

But there’s no point to it, I shove it down pretty sharpish most of the time but tonight, the anniversary of her birth, I let it up, I reflect on it, and it changes as she gets older. This year, in particular, has been a toughie and as she enters puberty, I feel I’m being deprived something else as her mother, getting to share in the magical journey of becoming a woman and all that entails.

Then I feel guilty because my girl is in front of me, THIS is my girl. She loves music and dancing and animals. She loves chocolate and ice cream and salt and vinegar crisps, though she’s never swallowed a single bit of food in her life. She loves laughter and loud singing. She delights in the misfortune of others!! Power tools send her into uncontrollable delirium. She loves a hot bubble bath, she hates being cold. She loves getting close enough to grab your glasses and does so with such precision and planning that her eyes positively sparkle at the thought of it. I’ve never known eyes that actually sparkle like hers. They dance! She loves getting her hands dirty and if she can make a mess, she will.

She’s the bringer of joy to all who meet her. She’s my heart and my heartache all in one.

Happy birthday, my baby girl! Mama’s girl, I hope the next year will bring much more joy than the one that’s just gone and we can show you more of the World than we have this year ❤️

Instead of my usual Willow only collage, this year I celebrate us. Me and my girl.