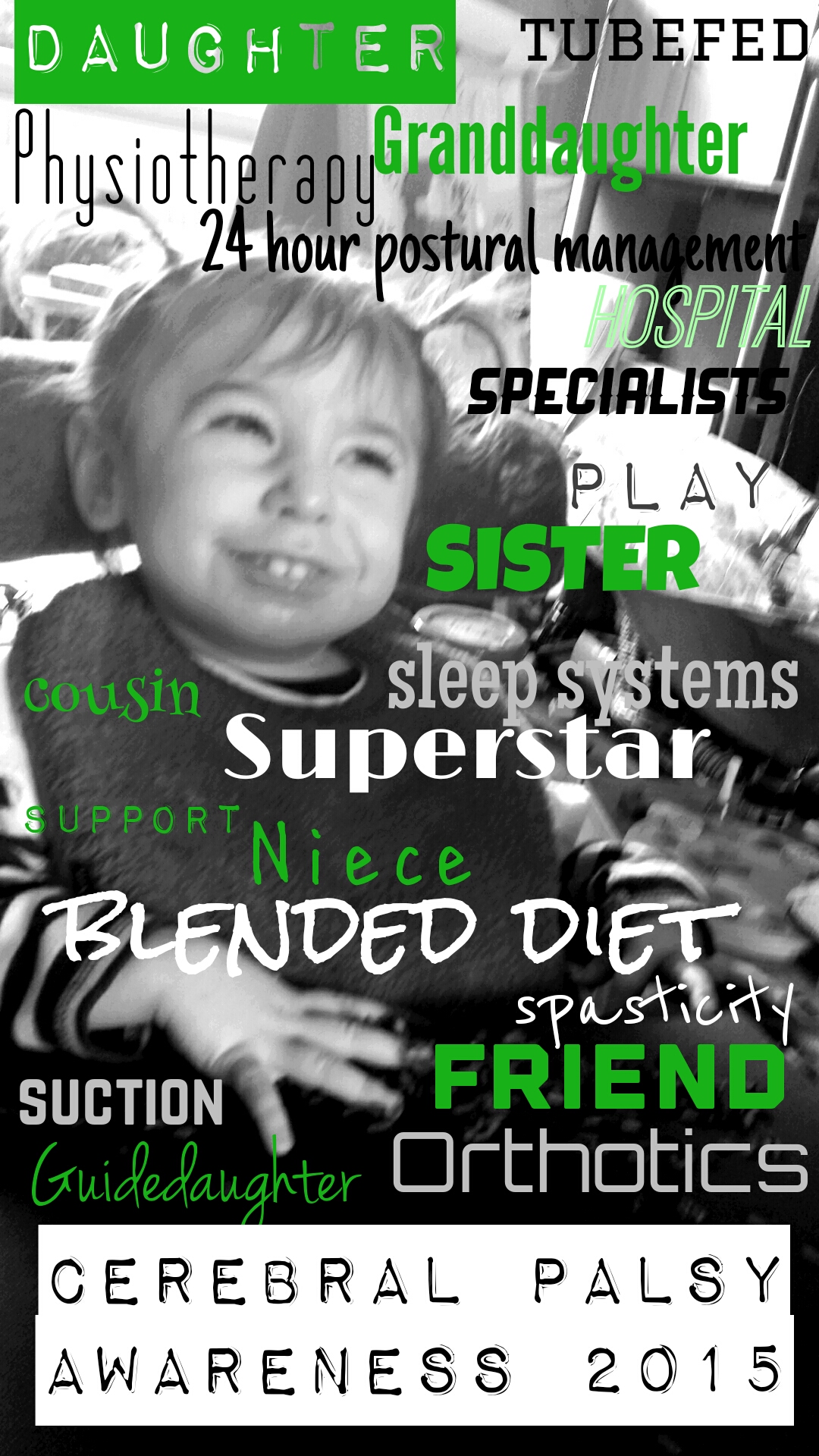 To celebrate Cerebral Palsy Awareness day I thought I would blog a day in our life, I’ll update this post through the day as I get chance. Today is my easiest day if all goes to plan as Willow goes to school for the morning. It’s also not a usual day because Mr T is going out this evening and that never happens, once a year at most!

2am
Every night Willow wakes for a poo, sometimes more than one. She doesn’t like the feeling if a poo coming and her resp rates often rise as it approaches, tonight it was around 40 minutes and a nappy change before she actually had a poo and it was tiny so she clearly needs more fluids tomorrow. She’s finally gone back to sleep on me, it’s 3.20am   … actually, she was just booted by her big brother stretching, woke up, I whizzed her sideways into her sleep system and she’s now asleep again, a light sleep but asleep so I’m going to quickly close my eyes too and hope the next time I open them it’s morning.

3.30am
A bit of reflux and a stretch and splutter just as I put my phone down. Hand on her chest and she’s gone back to sleep.

3.37am
This is strange live blogging everything, might be an eye-opener to me too! Reflux woke Willow, followed by a spasm thanks to reflux. Hand on her chest and she’s back sleeping. This time I’ll get past putting my phone down and actually close my eyes.

6.20am
Chops is awake. Cuddles with my boy in bed. 6.30, Mr T has gone to let the chickens out and the boys have gone to get the overnight oats I made and put in the fridge

6.35
Overnight oats in a jam jar in bed! Chops struggles a bit in the morning and he was really overtired last night so I knew he’d find morning hard thus morning. Willow is still sleeping! Maybe the change back to her old Leckey Sleepform was a good idea. 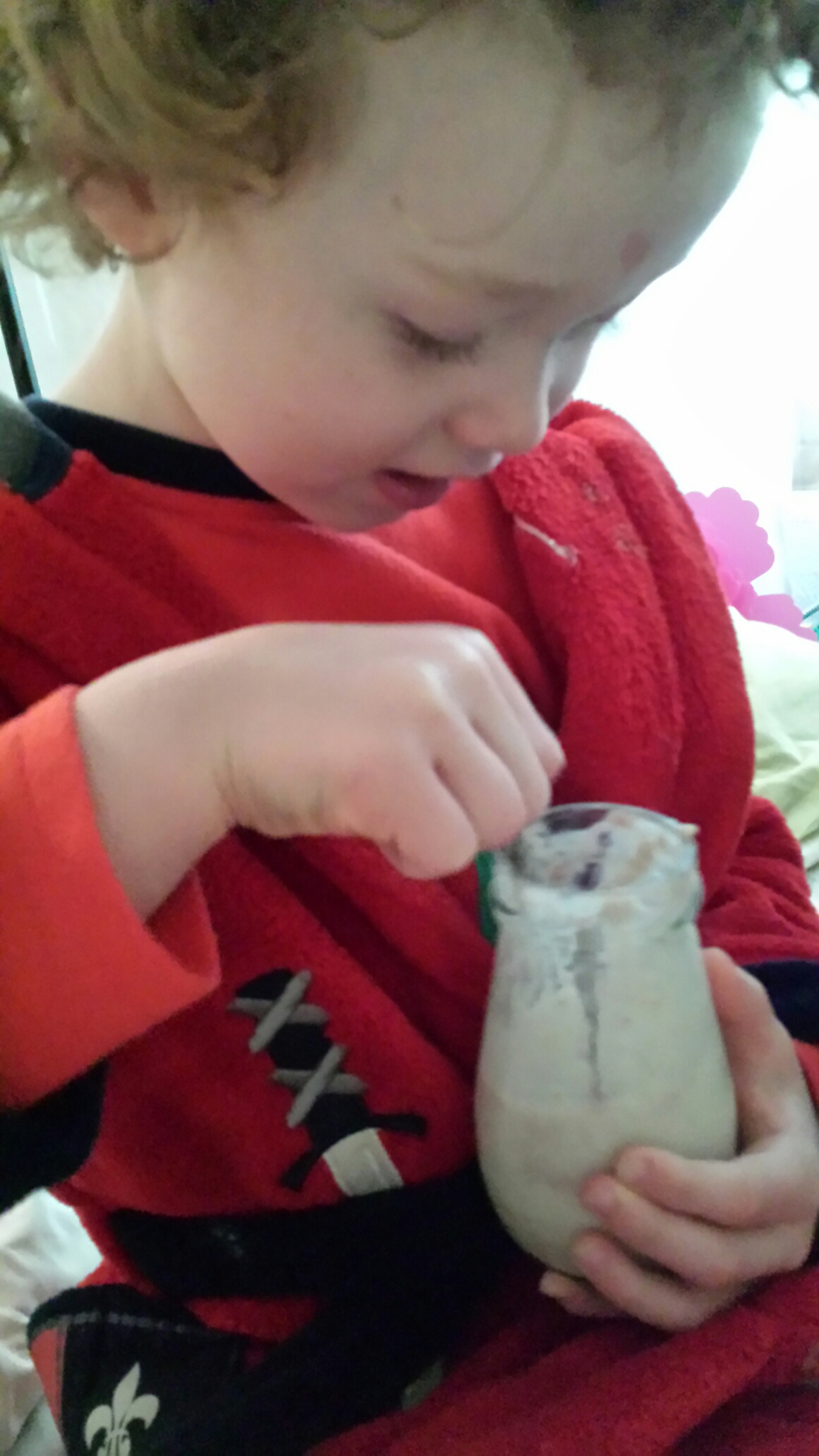 6.54am
Willow is still sleeping!! She’s a bit twisty pants but not too much. Boys have gone downstairs to play a bit of Lego before getting dressed for school/work, mostly because Chops was getting intentionally louder in bed! 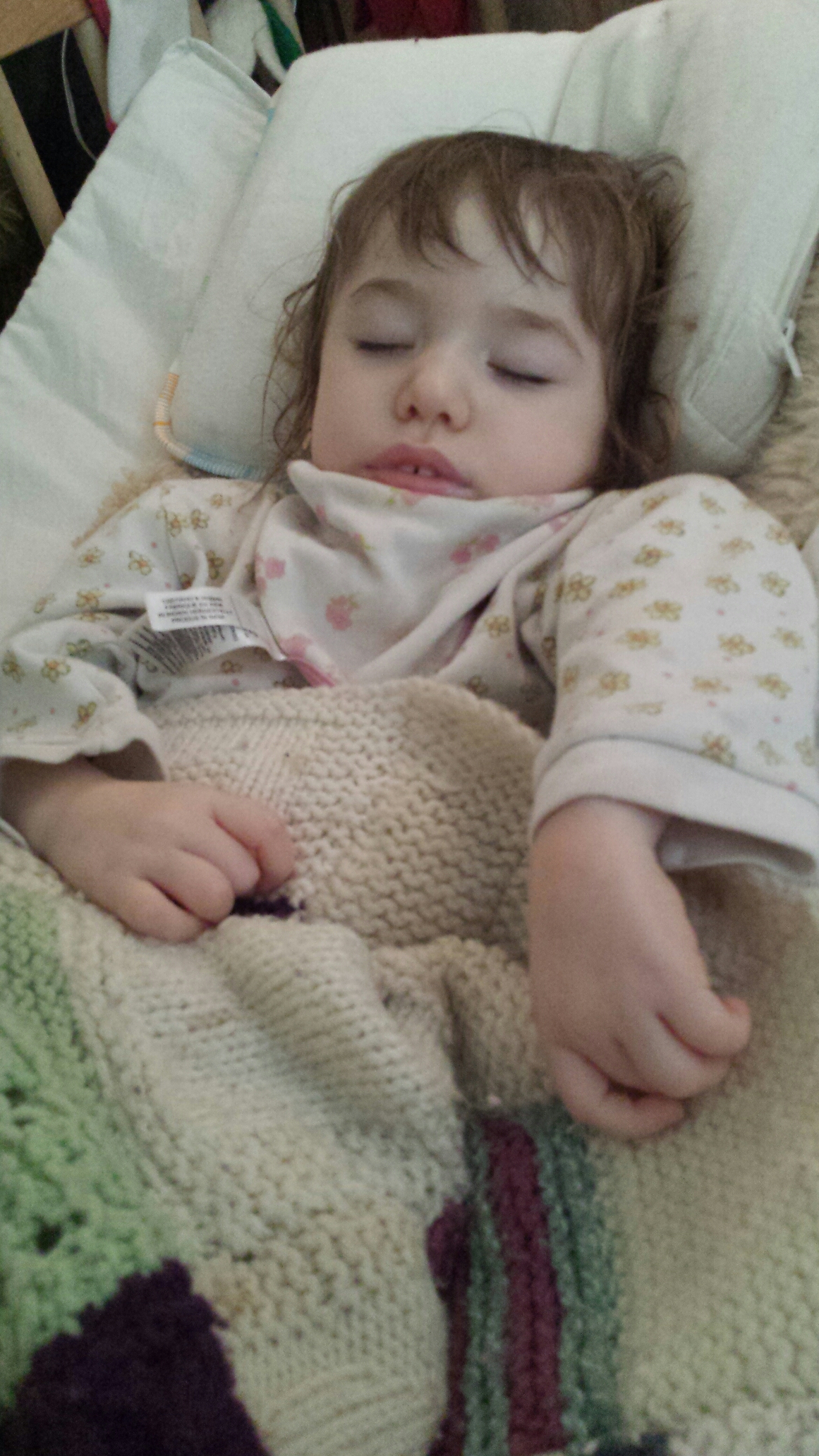 7 am
Getting Willow’s breakfast and meds ready. She us still sleeping! This morning she’s having gluten free o’s, apple, honey and almond butter with oat milk. 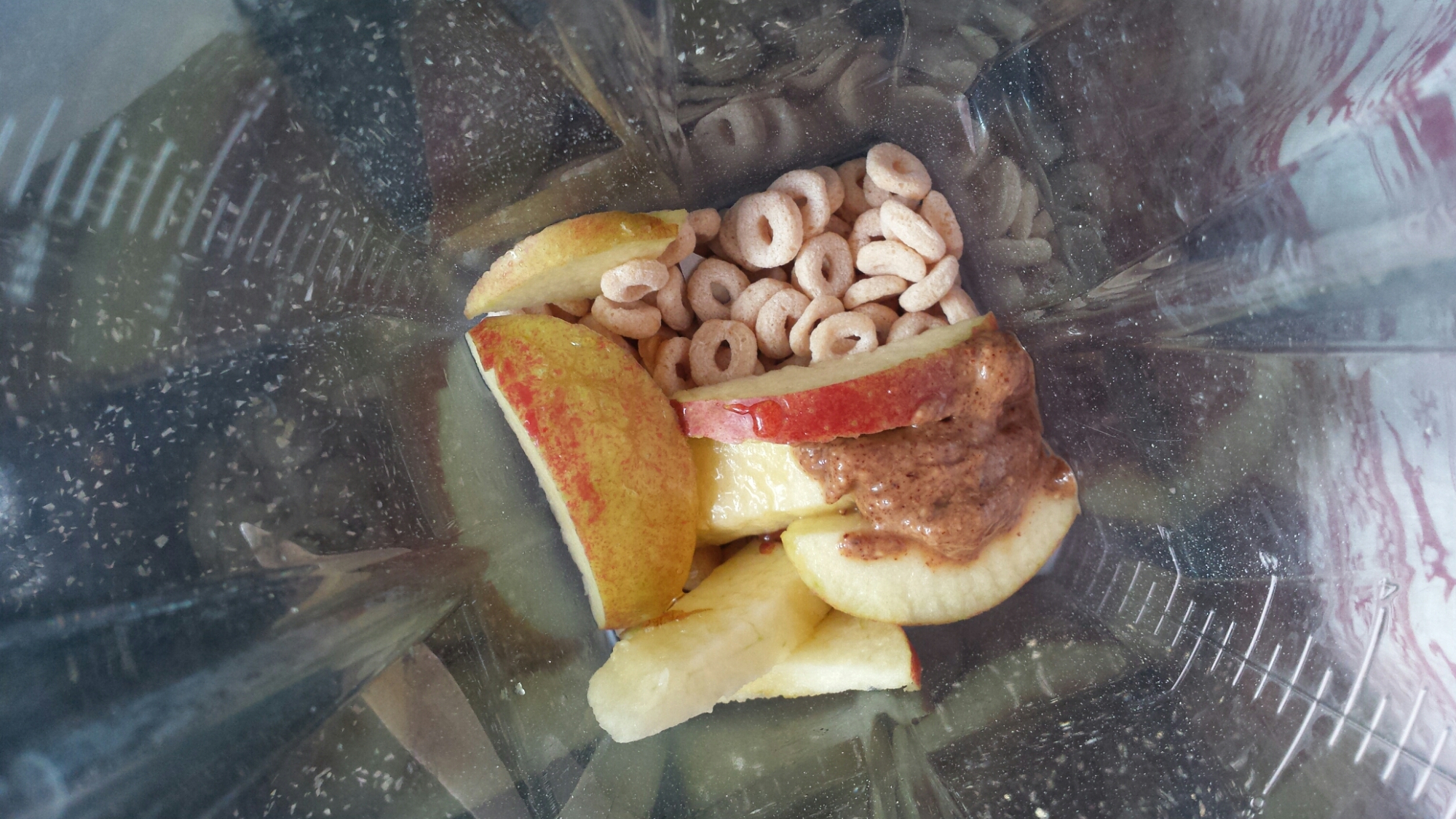 And not to forget her morning cocktail which is amoxicillin to keep chest infections at bay over Winter, baclofen to relax her tight muscles, lansoprazole for reflux, omega oils for her noggin’, domperidone to speed stomach emptying and therefore help with reflux and ranitidine for reflux! 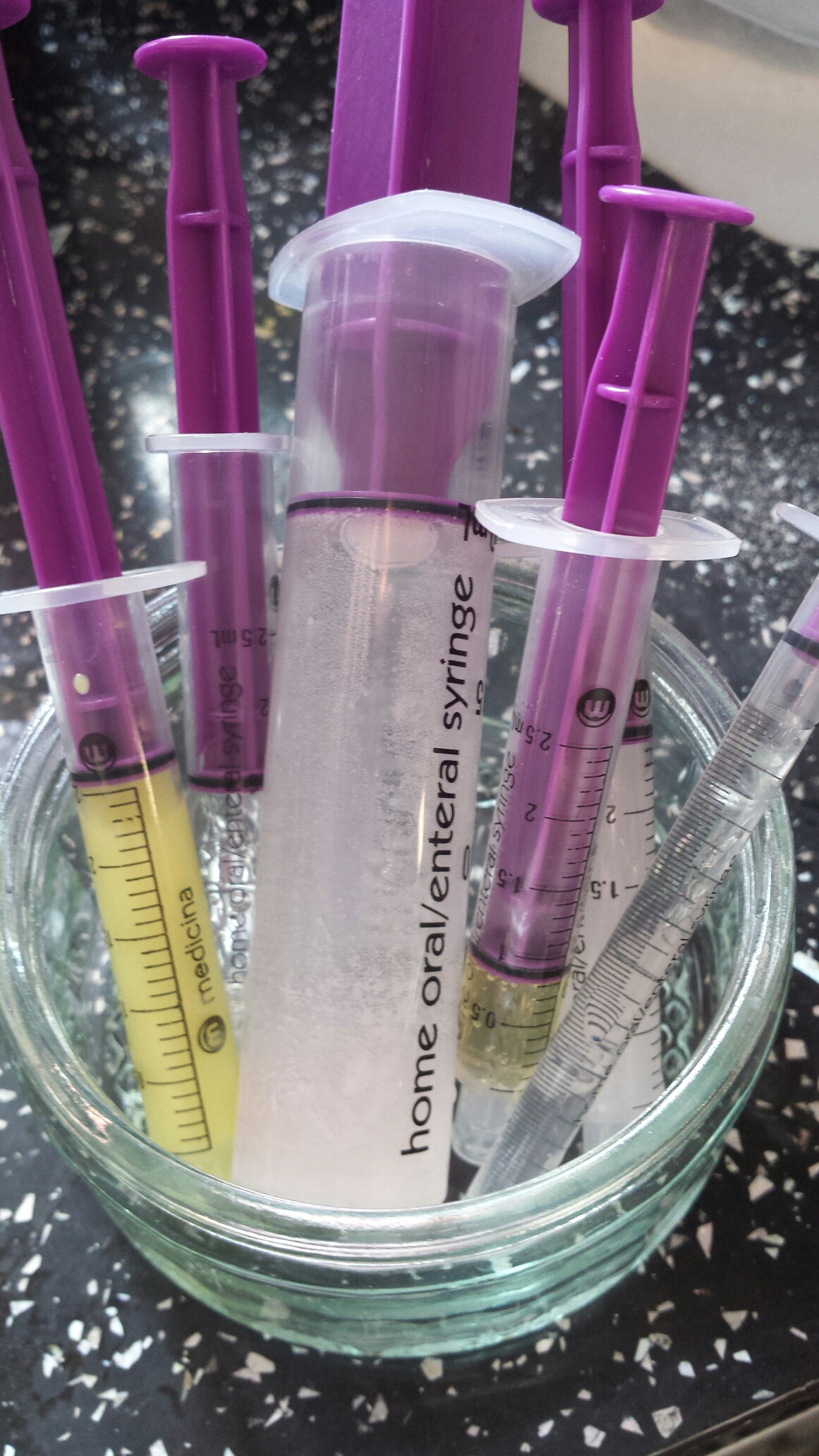 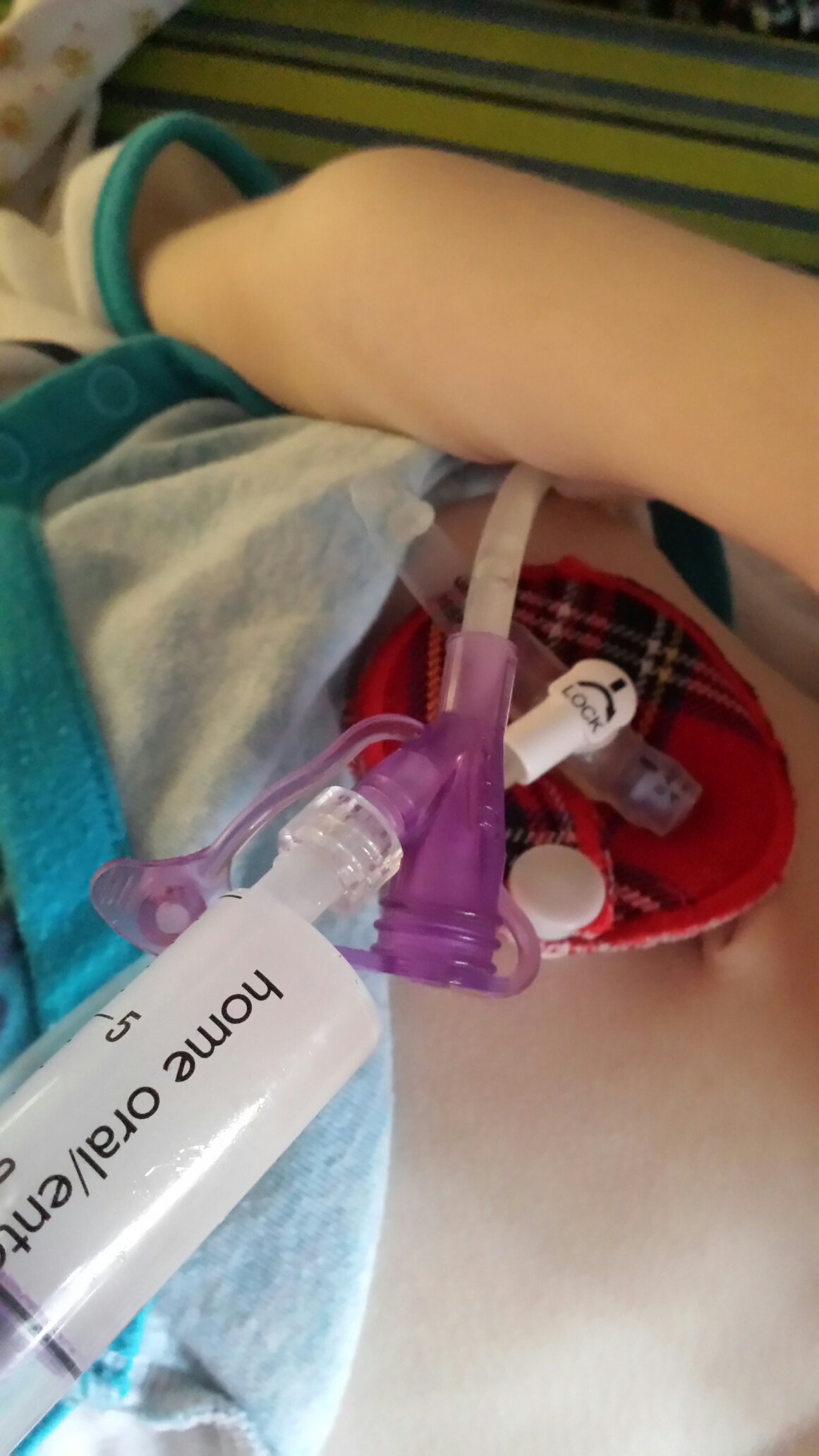 Lansoprazole and a water flush. The water a little way before breakfast prepares her tummy for food coming.

7.35
Face, button and bum washed, maxitrol applued to her stoma and new button pad put on. This is a bit funny blogging what I’m doing, because I just do buys like her button cleaning then think ooh, that’s probably not an every day thing for some people! 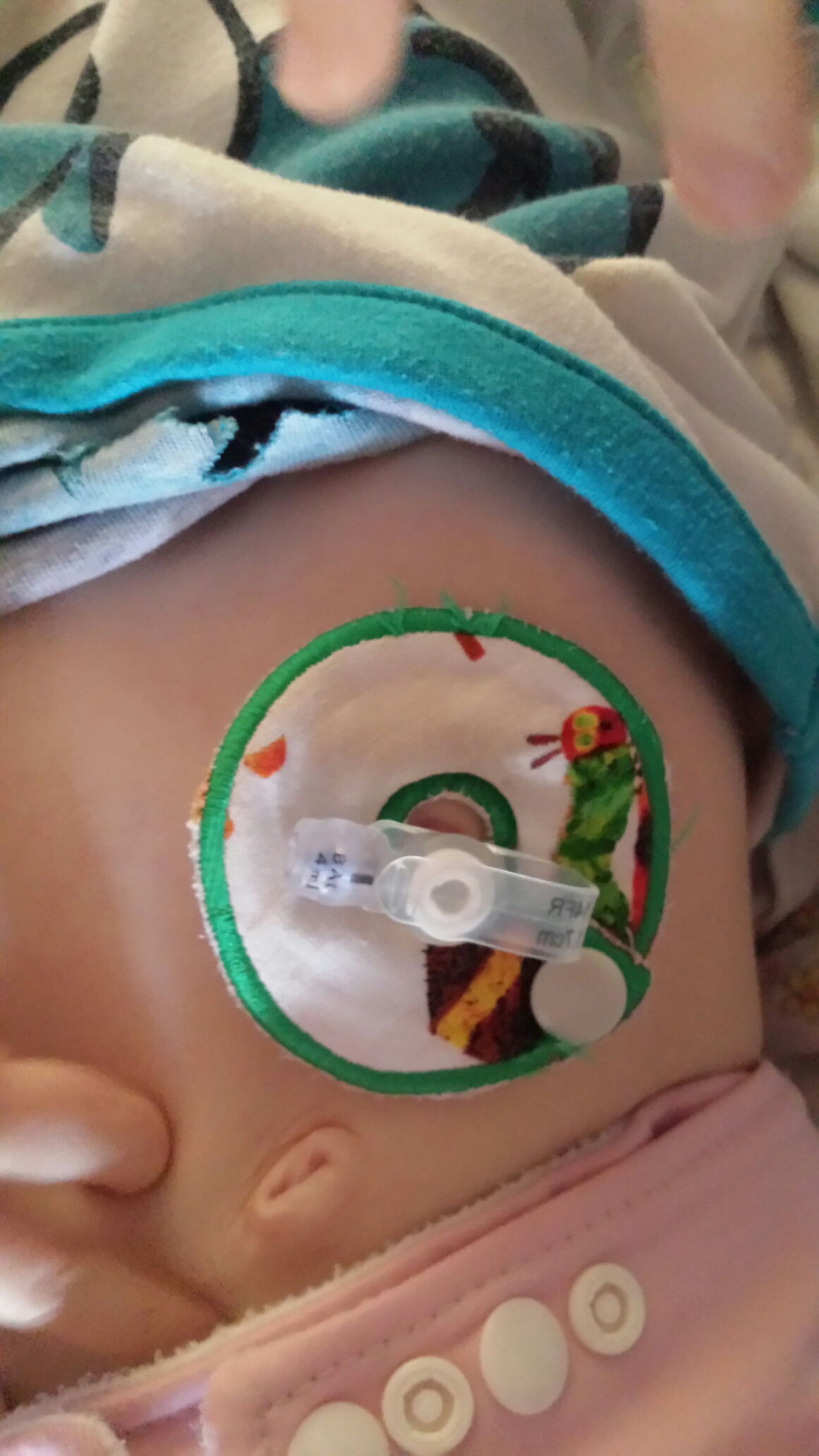 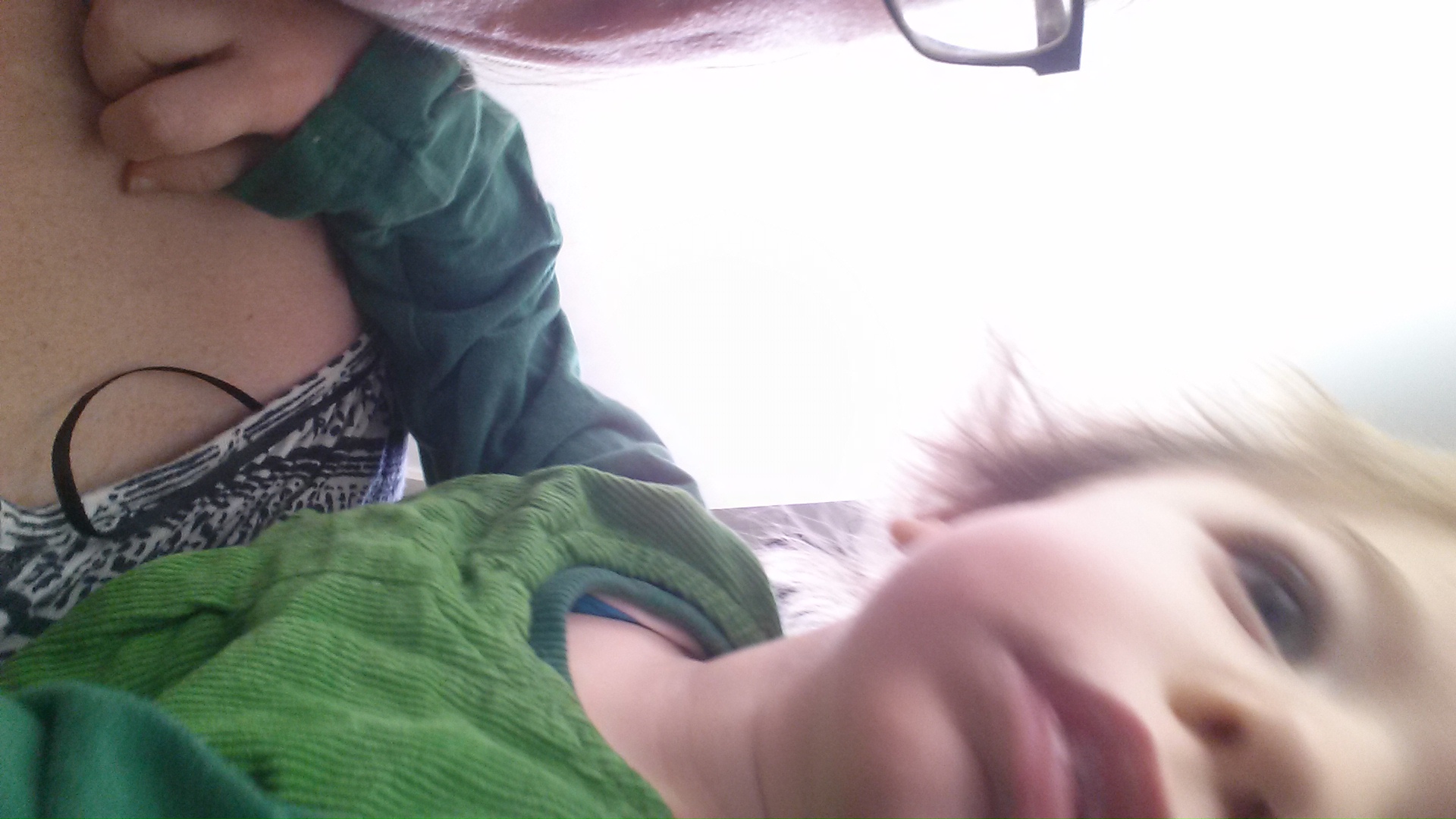 Dressed (in green for cp awareness day, of course) and heading downstairs. AFO’S on too.

8 am
In her stander and brekkie going in along with the rest of her meds. She’s not very impressed this morning. 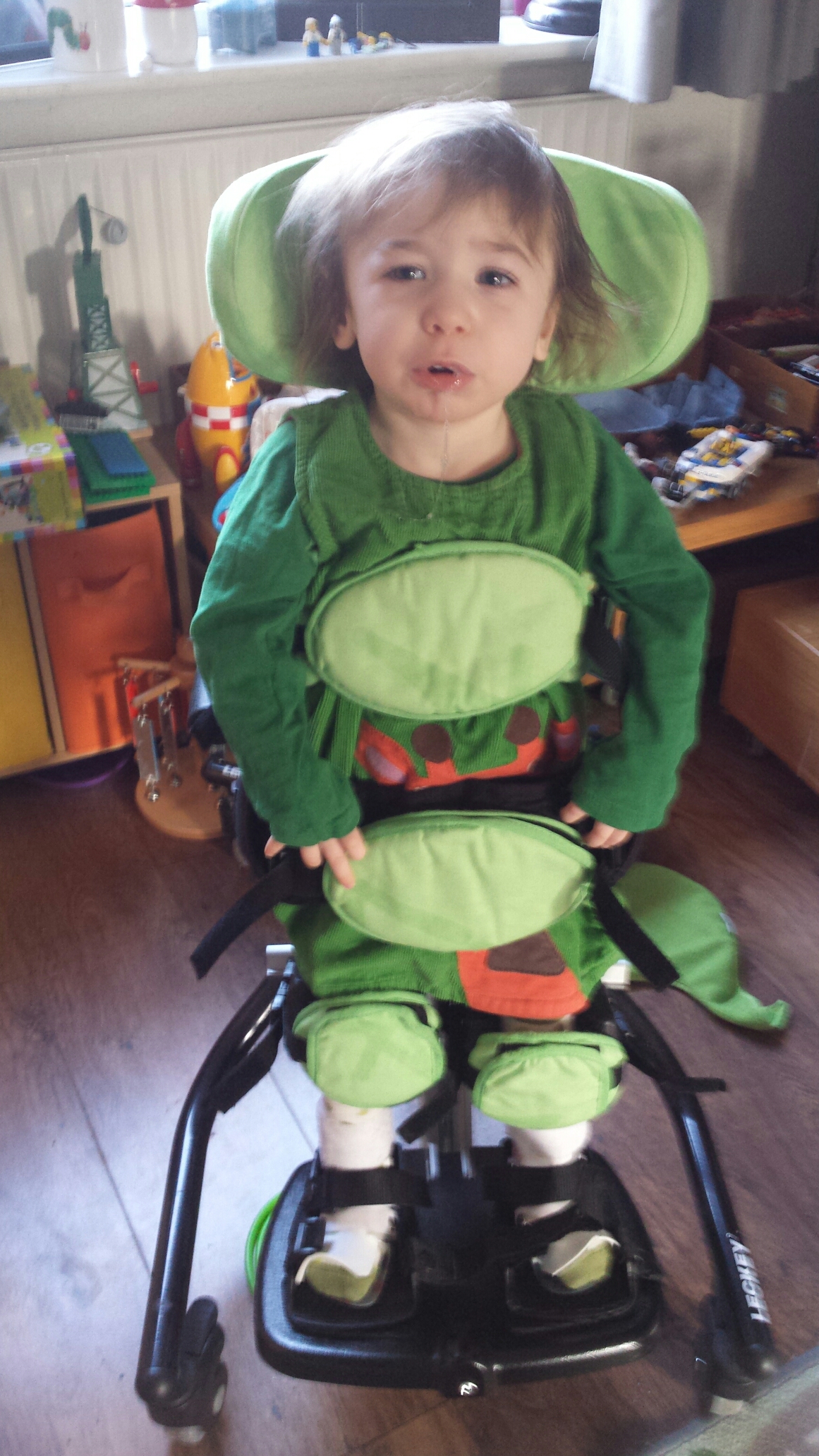 8.10am
Daddy has gone to work, bit late, boy is ready for school, Willow has bunches and it looks like we might be on time for school! Willow us building up to a but of suction. Only weeks ago she would have had several suctions to clear secretions by now but just very lately she’s been handling it all herself! 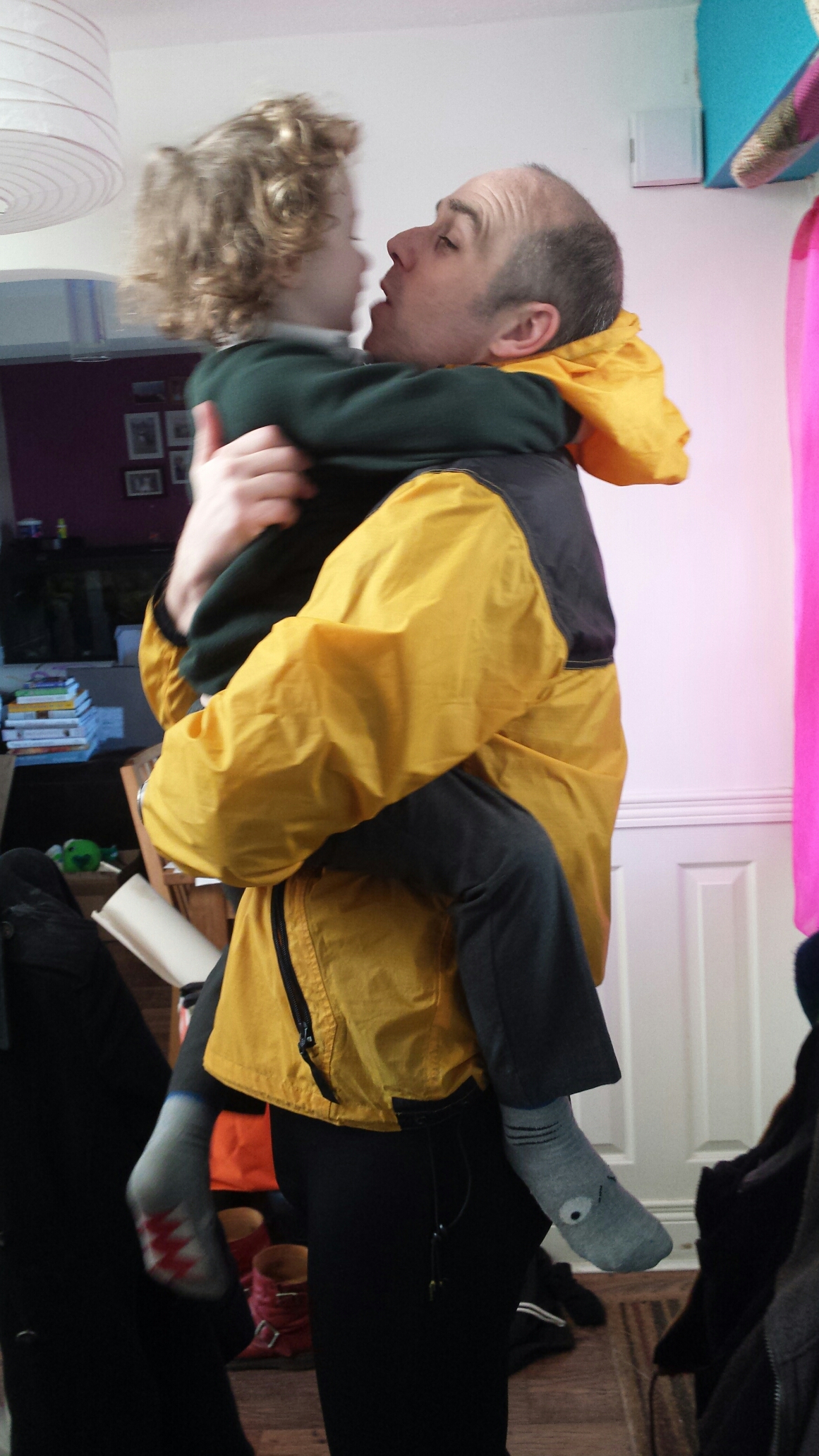 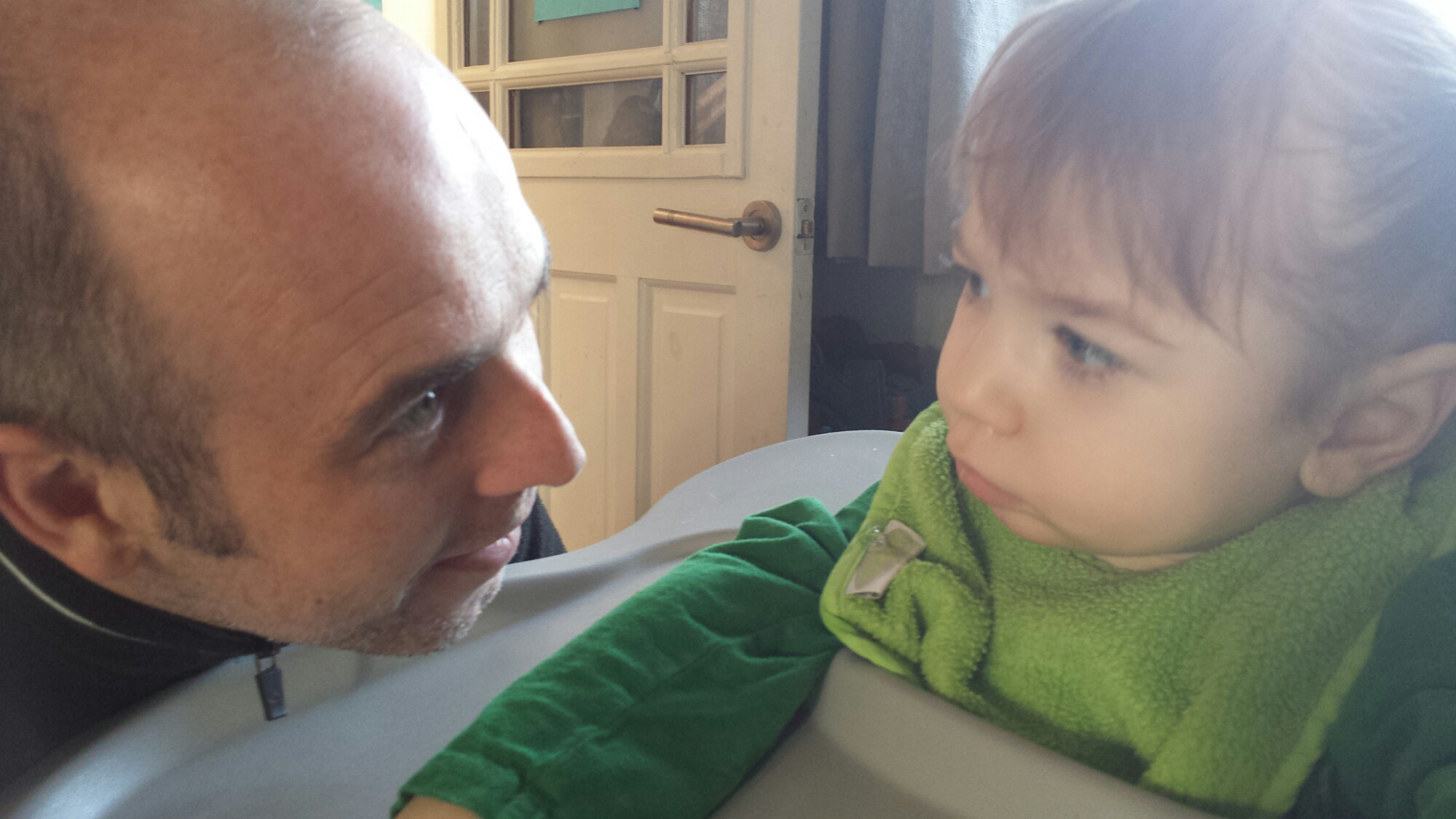 8.27am
Kids in the car, boy chased around the car before getting in. 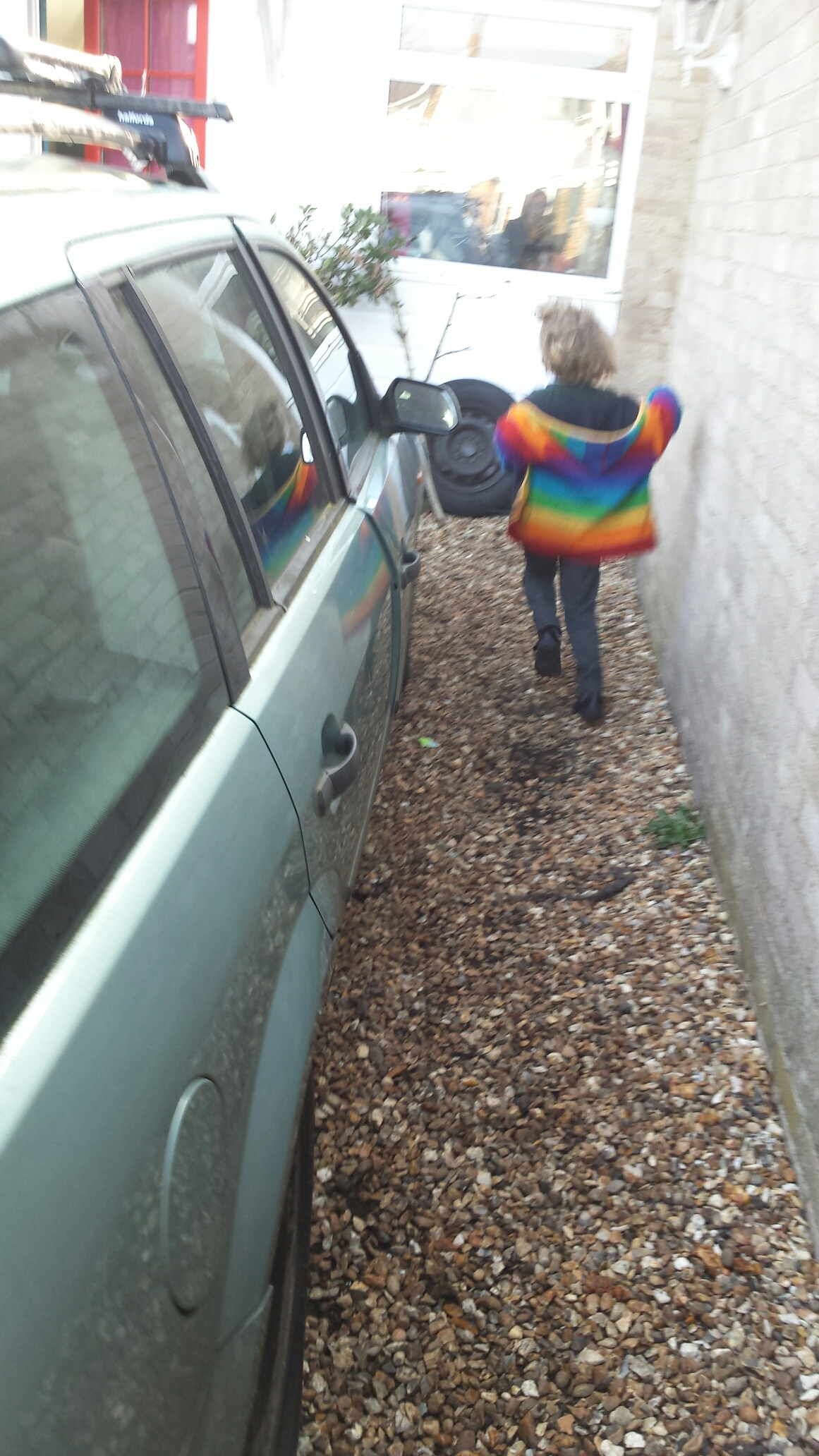 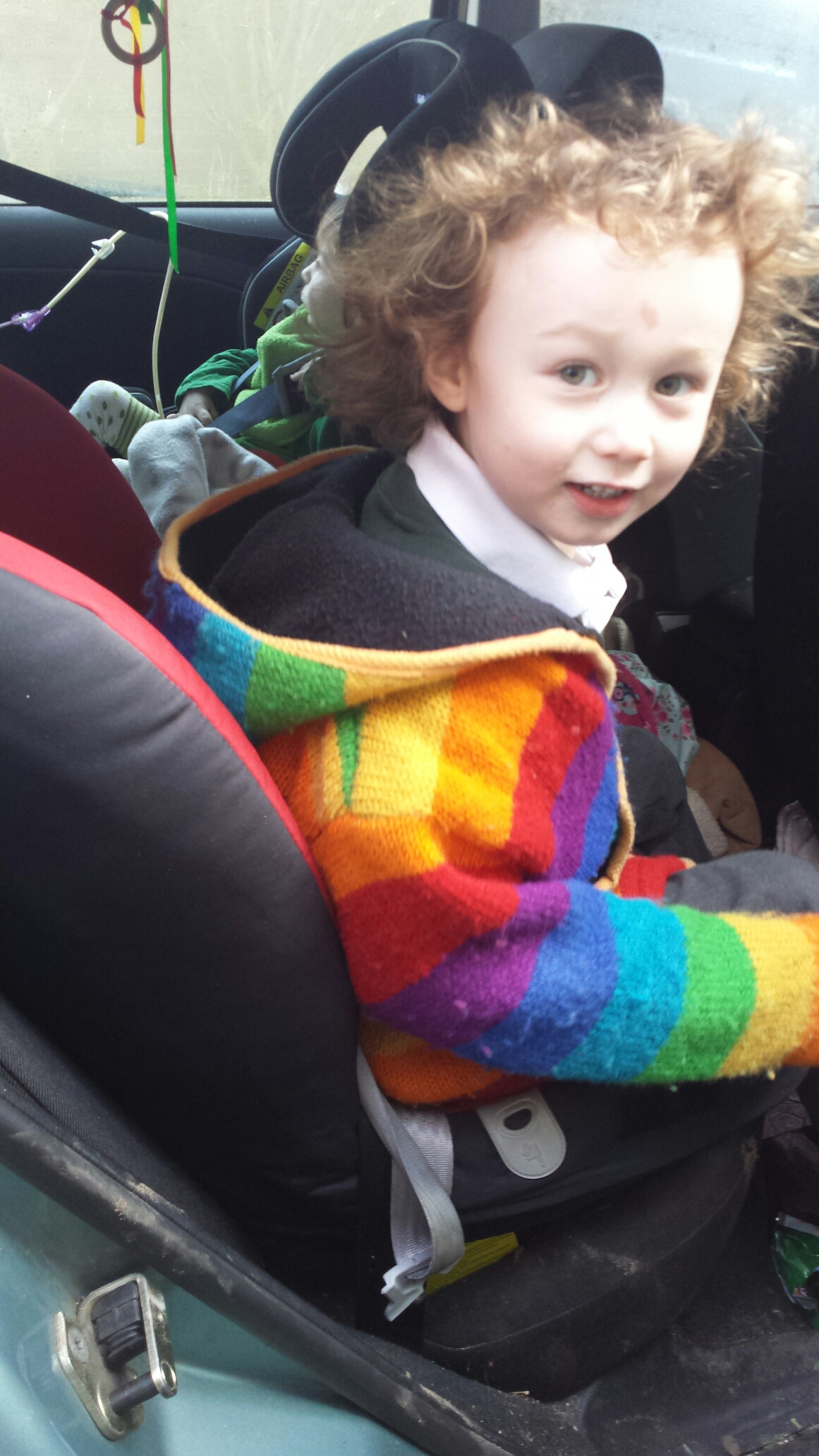 8.40am
Willow out the car seat and into her chair and wrapped up warm, food pump running and attached to her chair so she can gave breakfast slowly as we get her and Chops to school. Now in the school playground, Chops having a run around with his friends, sun is shining! 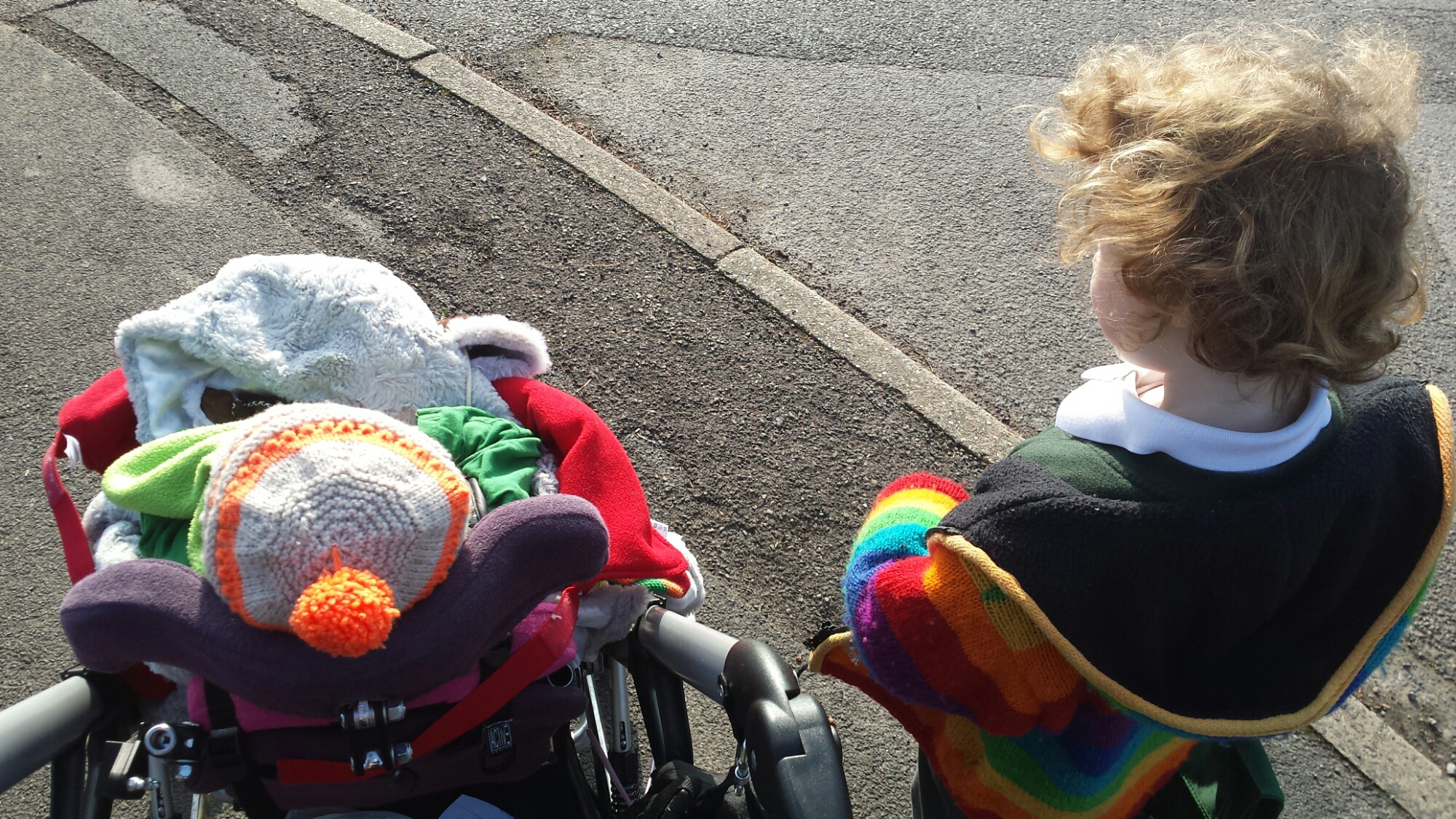 8.45am
Had a quick look at the school chicks that will be coming home with us next week! 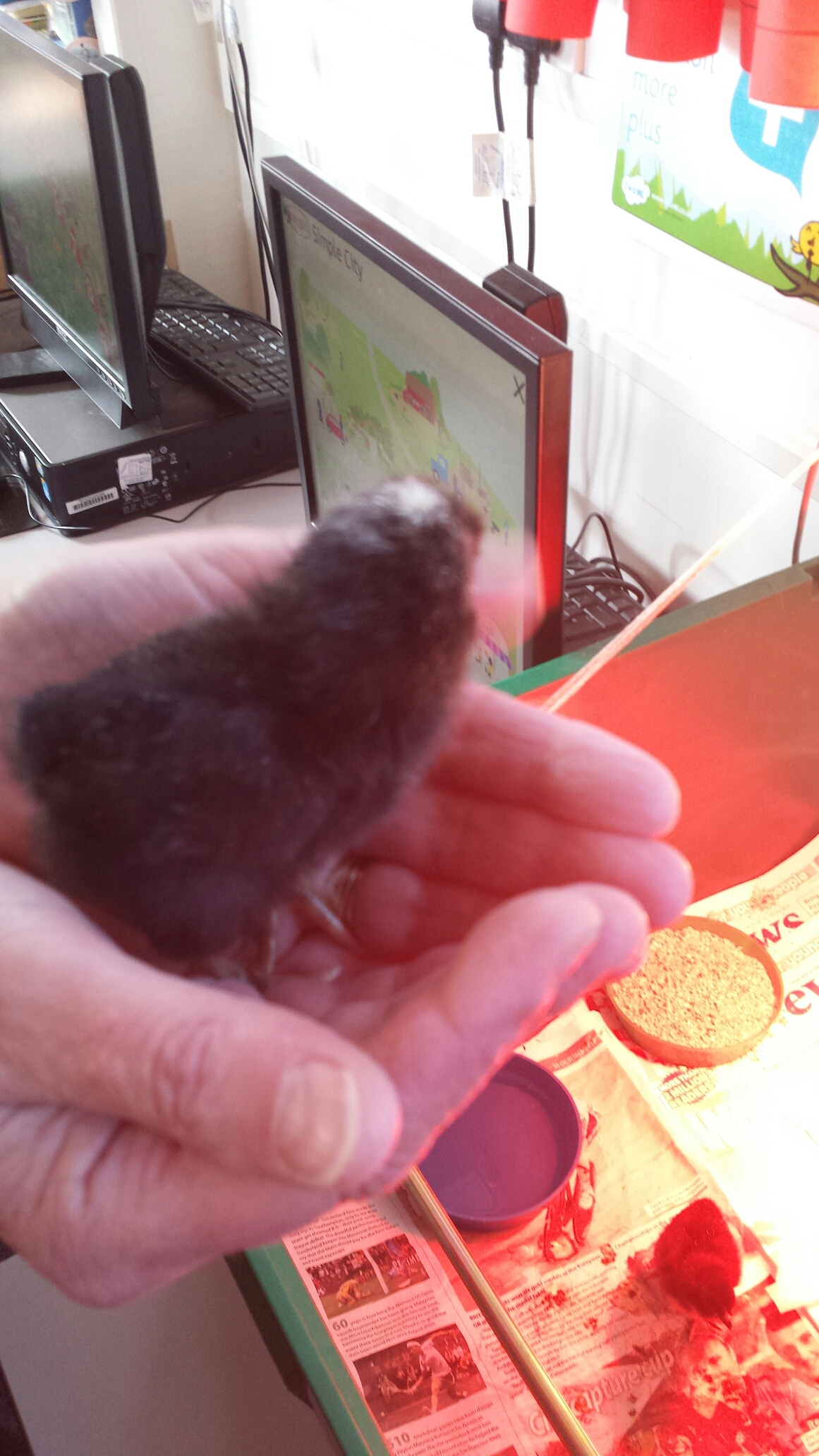 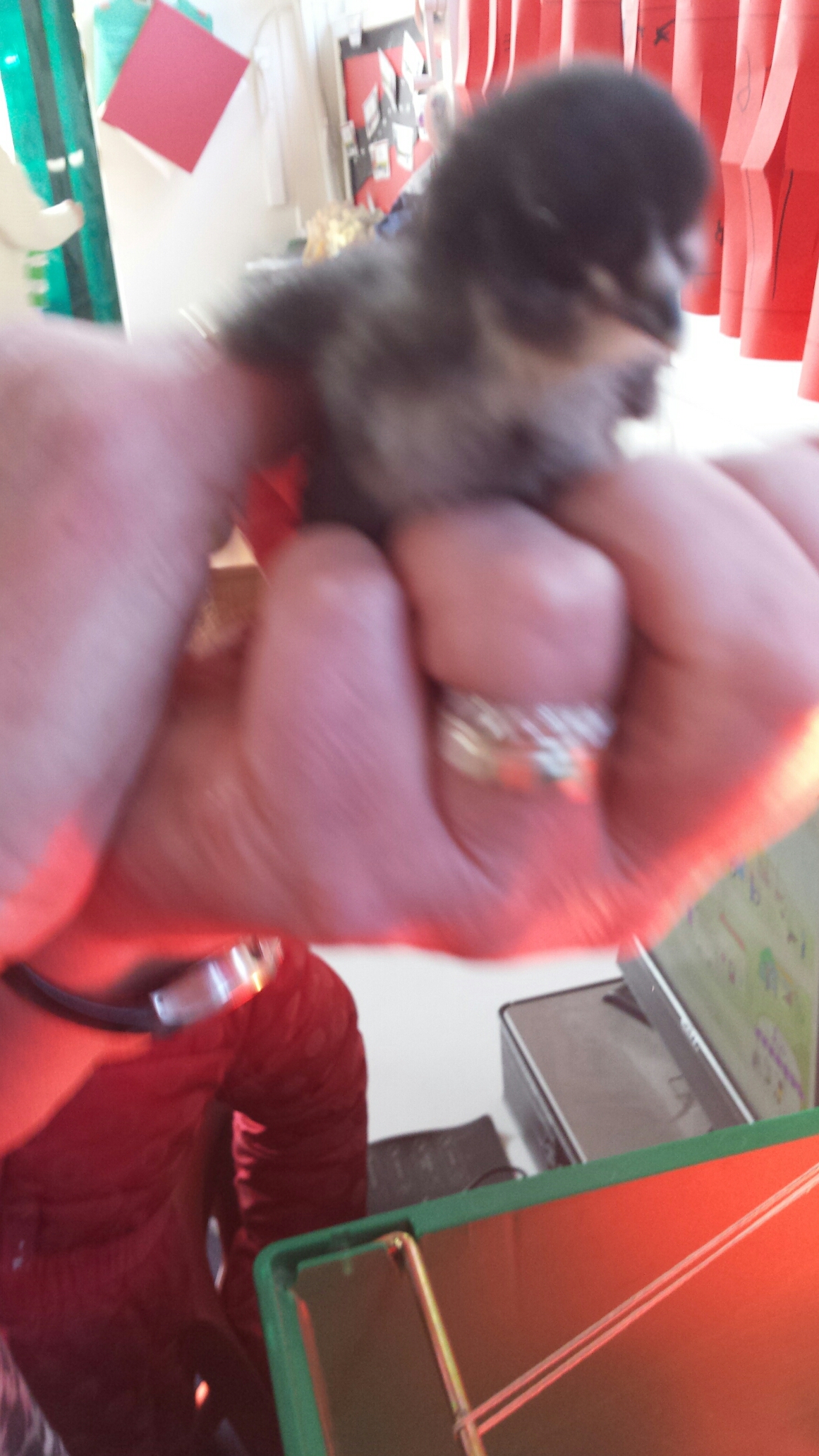 If anyone knows the breed, please let us know in the comments, the one with the blonde belly came from a blue egg.

8.55am
Back in the car and off to drop Willow off at school, chair lumbered back in the boot, roll on Friday when we get the new car and I can roll it into the boot on ramps again. I had a hernia repair operation in November so lifting her heavy chair into the boot is not great.

Willow pee’d off at the in and out business. 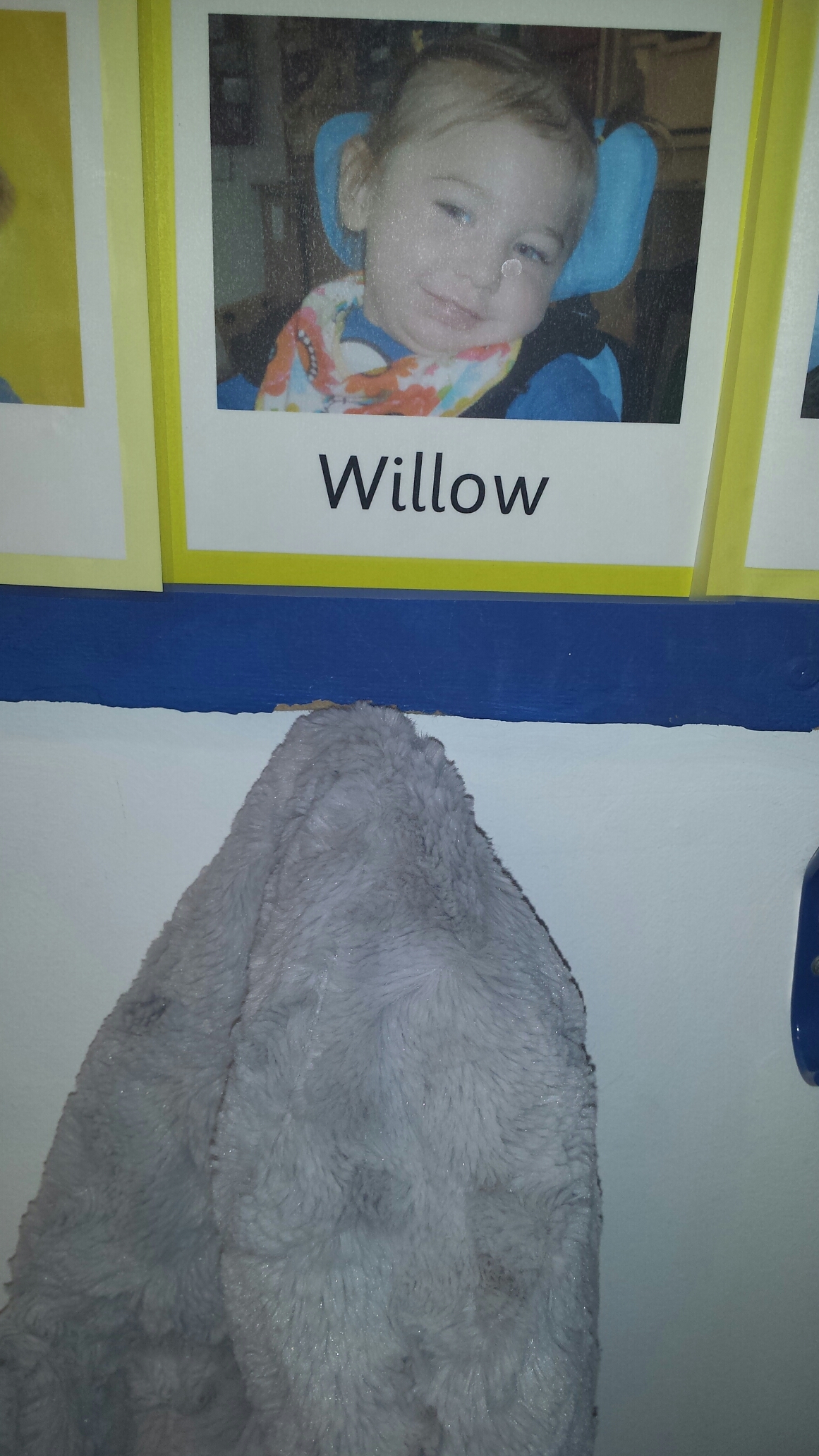 9.40
Back in the car and Willow is going to gave a fun day with her friends. Willow was upset so I stayed for a little while, it’s amazing that she has hit this milestone of separation anxiety from her Mummy. Heartbreaking, of course, but utterly amazing! I took her afo’s off and stopped her food pump in case that was bothering her.

When your child has severe cerebral palsy and is non-verbal, it’s difficult to know what’s bothering them and often it’s trial and error. Willow can’t point to her feet to say they are hurting or tell me her tummy is full.

I leave her in the most capable loving arms of Louise, though, and feel totally confident in Louise and all Willow’s other teachers and assistants, we are so lucky to have such a fantastic school fir Willow in our catchment and only 20 minutes from home. 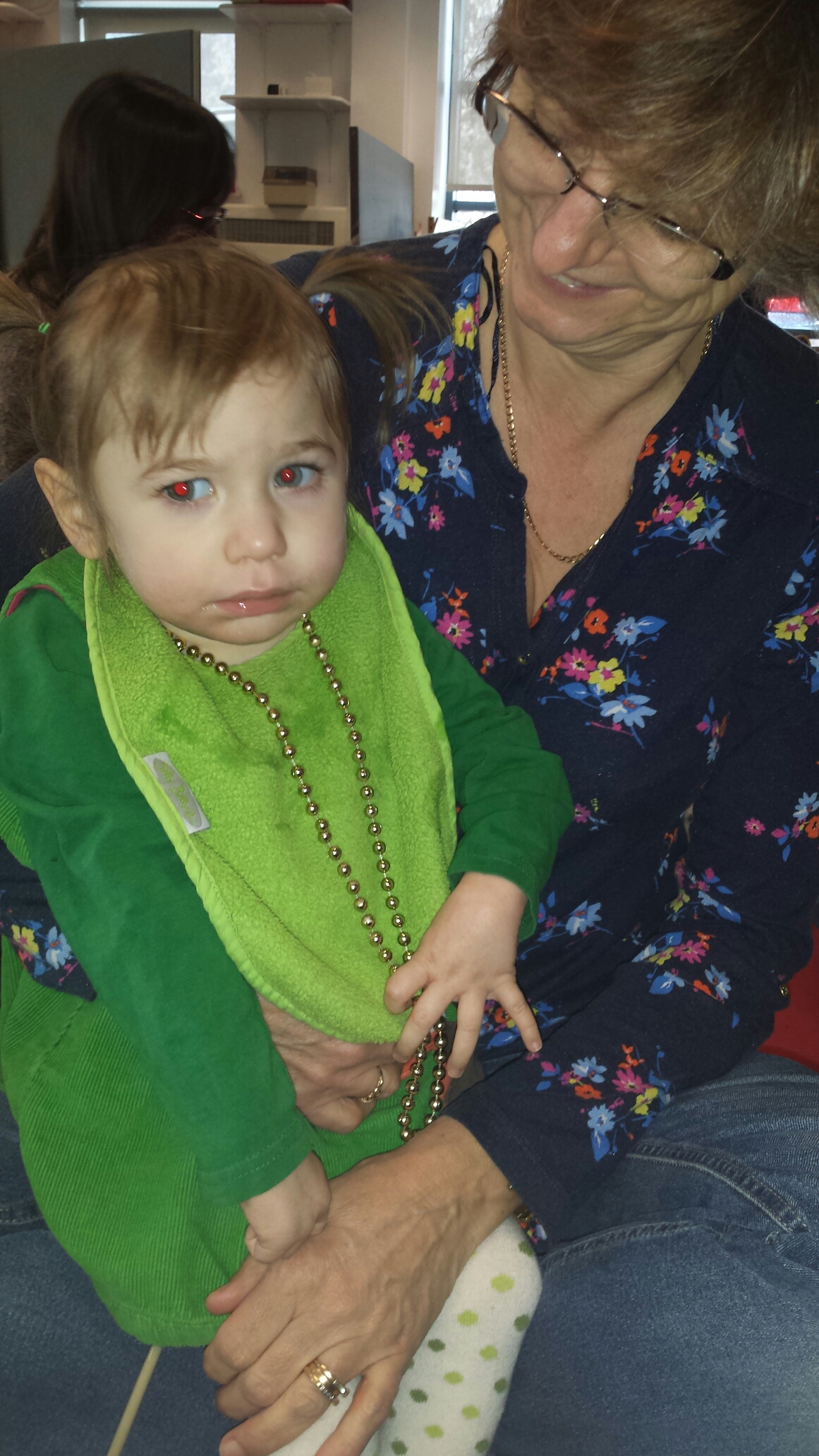 Now on to the shops to fill up our empty fridge!

10.47am
Home, now to empty the bags and put dinner in the slow cooker and do as much as I can in the 45 minutes before heading back to get Willow.

11am
Dinner in the slow cooker. Bolognese. 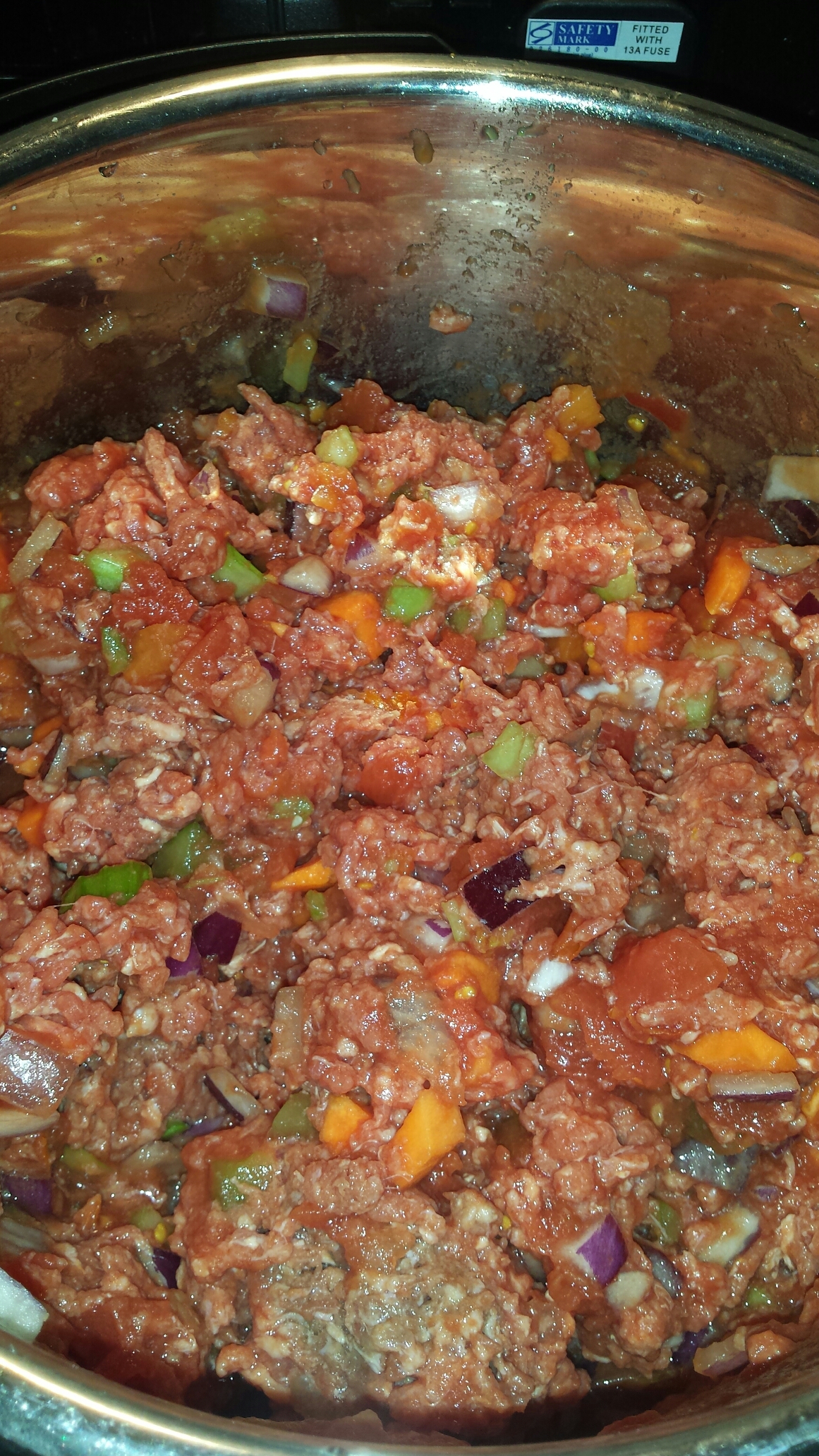 11.10am
Making buttercream to fill and cover my lovely nephew’s cake for an extra birthday celebration at the weekend.

Well, the KitchenAid is making buttercream, while I blog about it 😉 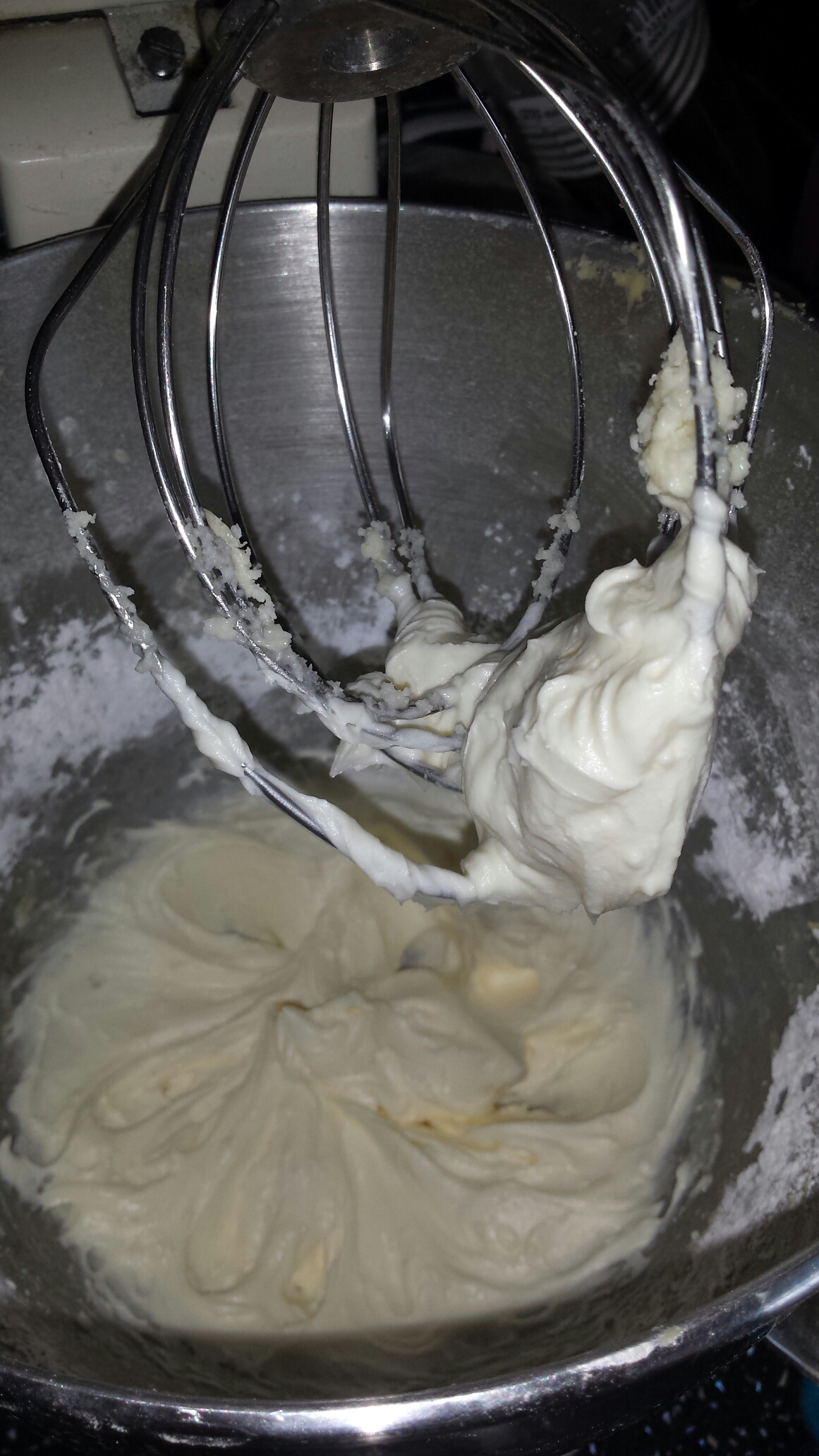 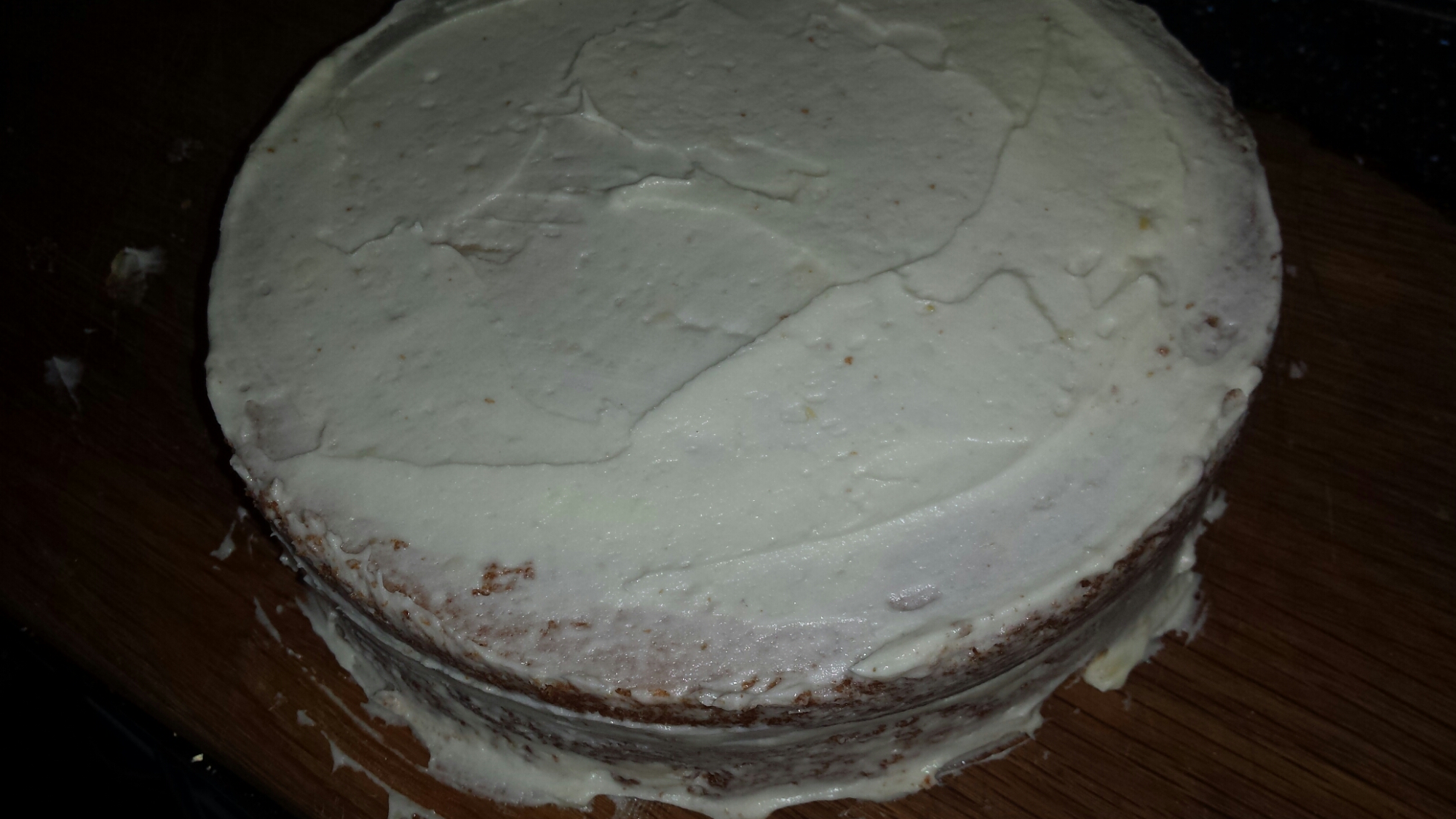 11.35am
Dishwasher emptied and filled, kitchen cleared around, taking the bins out then back to get Willow who has hopefully had a fun morning!

12pm
Back at school to get Willow.

12.20pm
I forgot the teachers for the visually impaired and hearing impaired were coming to see Willow this morning! They said she wasn’t really responding to them and thought she was instead trying to listen to what the other children were doing in the other room, then she lit up when I came in and they saw more reaction in a few minutes with Mummy than they’d seen all morning. Goes to show, she’s very choosy about who she responds to and she only sees them every couple of months so probably doesn’t remember them, they are strangers to her.

One very tired girl who smells of a lovely moisturiser after her tax pack session which ends with a massage! 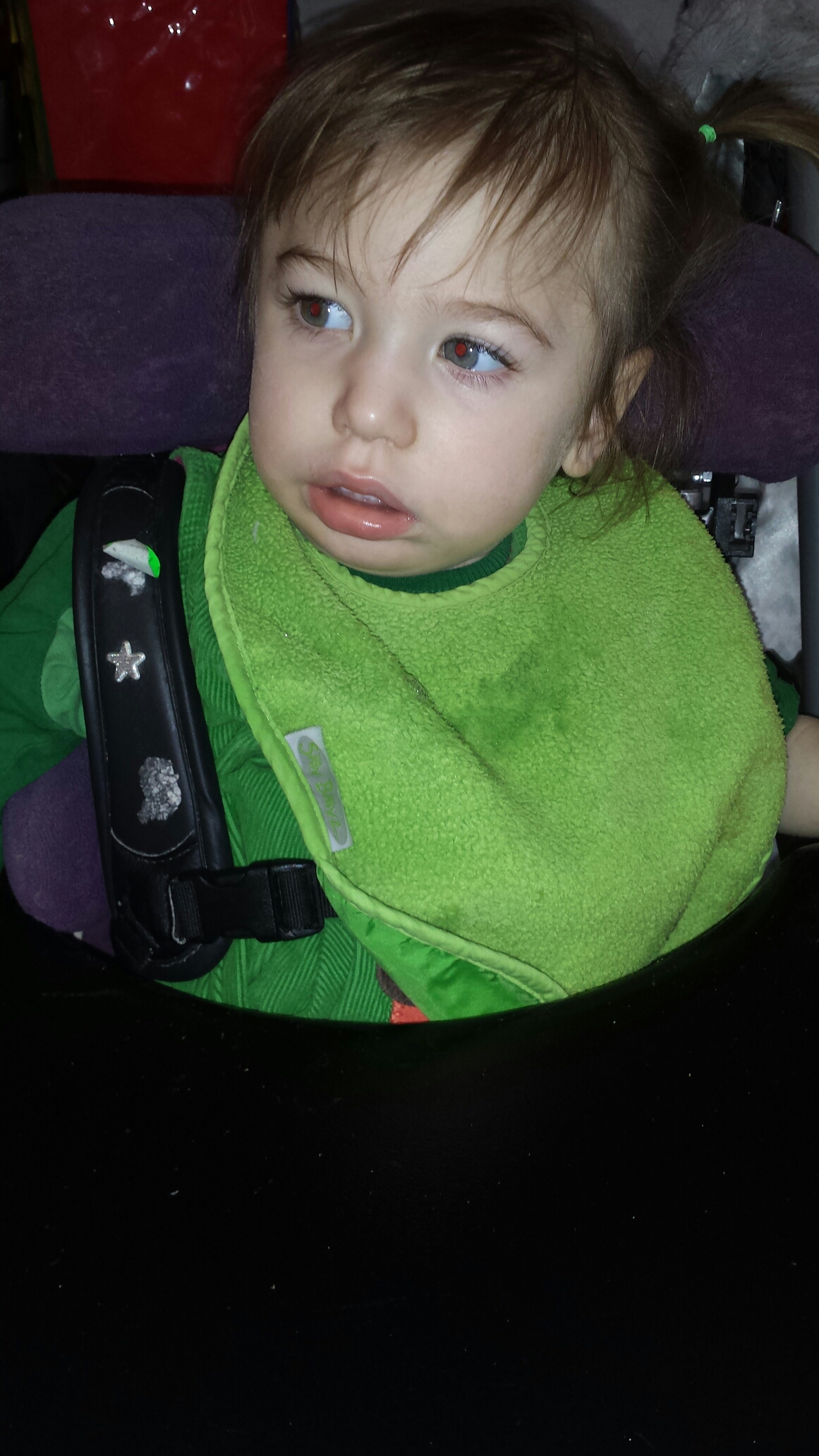 Gah, turns out all my updates from my phone weren’t uploading, sorry! Here’s the rest of my day in pictures, apart from the ones I captured directly into WordPress, they must be somewhere but they’re not readily available right now.

I made lunch of smoked mackerel, spinach, carrot, banana, grapes and a cup of quinoa milk to blend and pump down Willow’s feeding tube.

Willow dropping to sleep in her favourite place 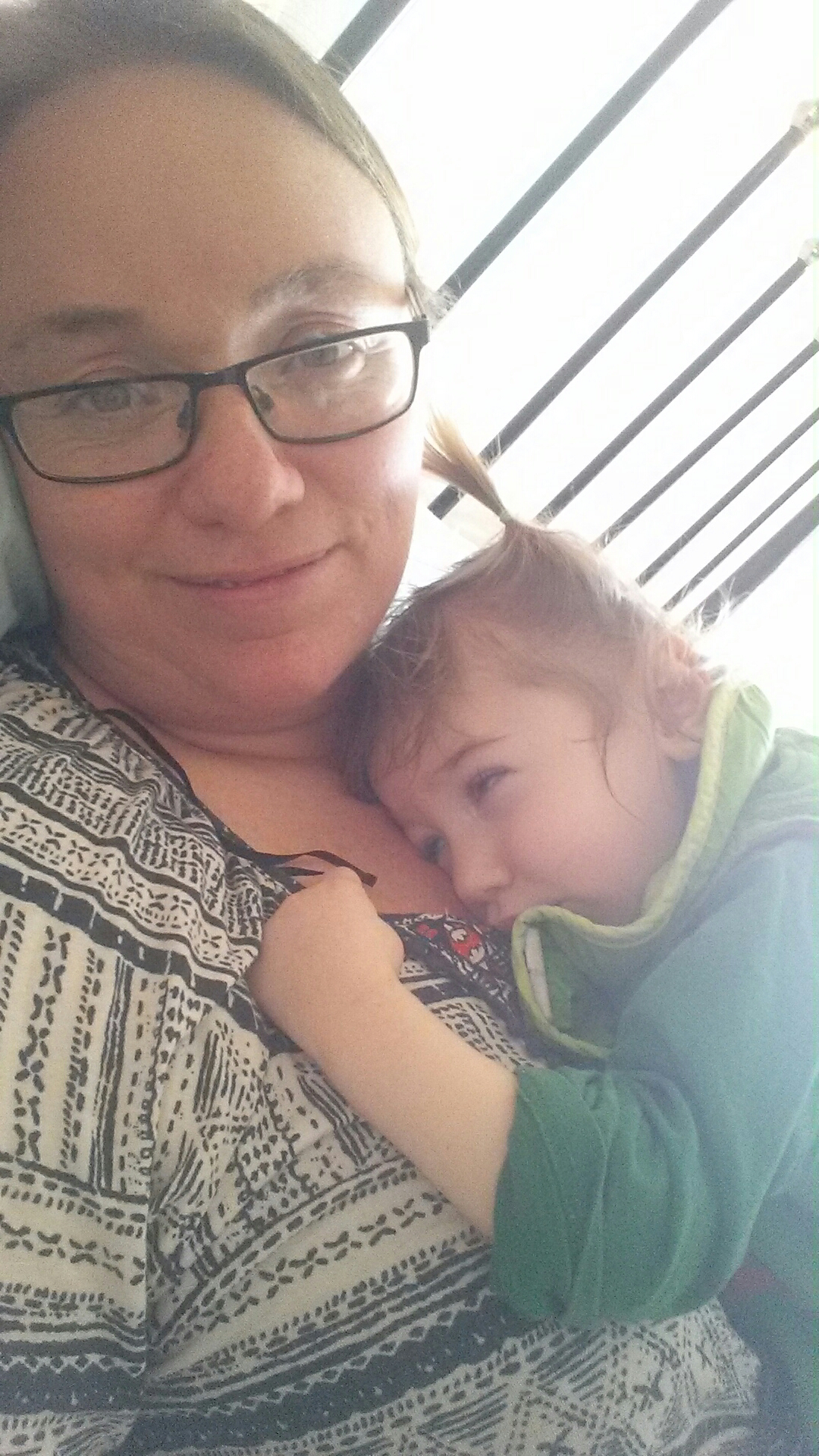 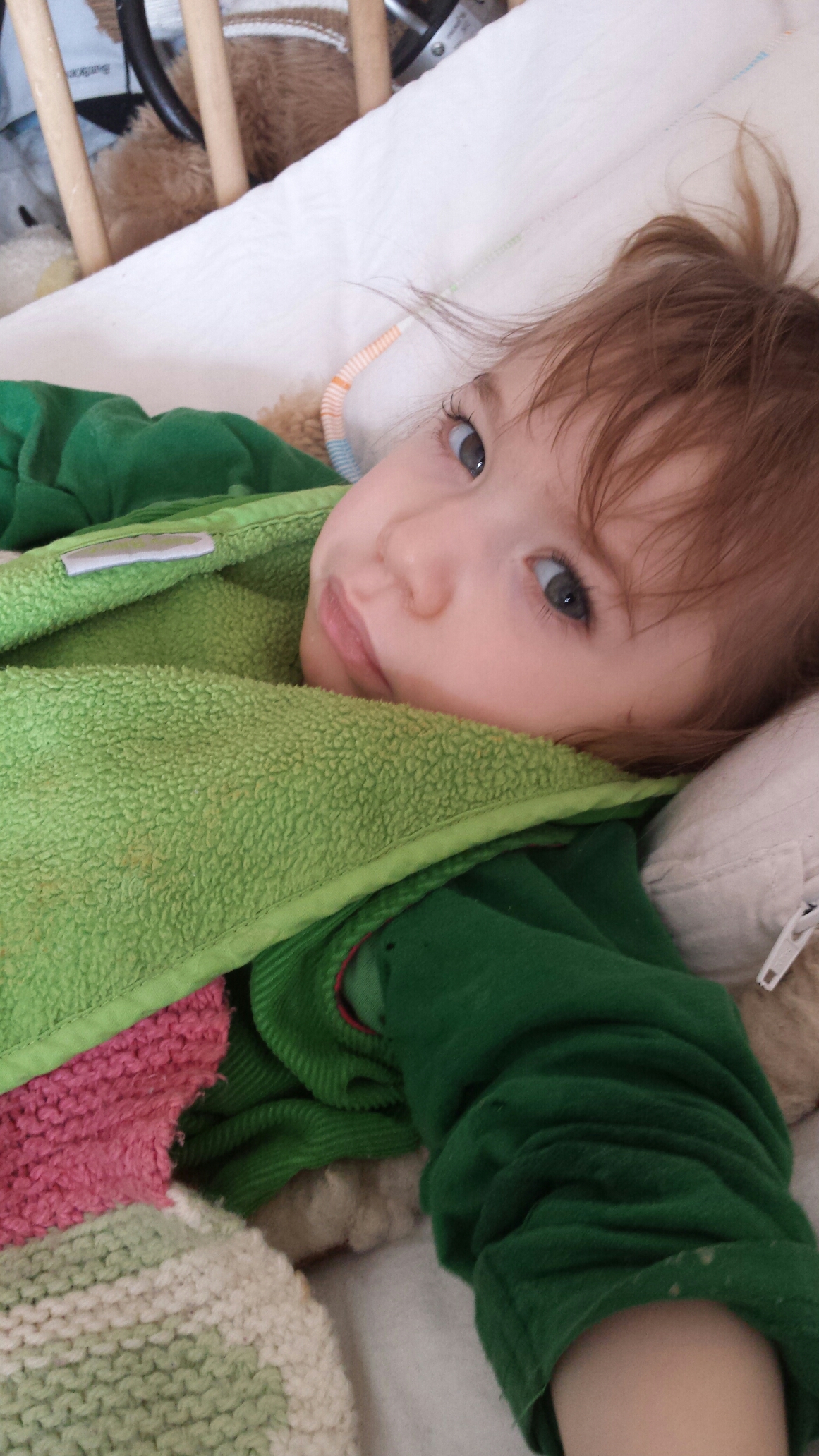 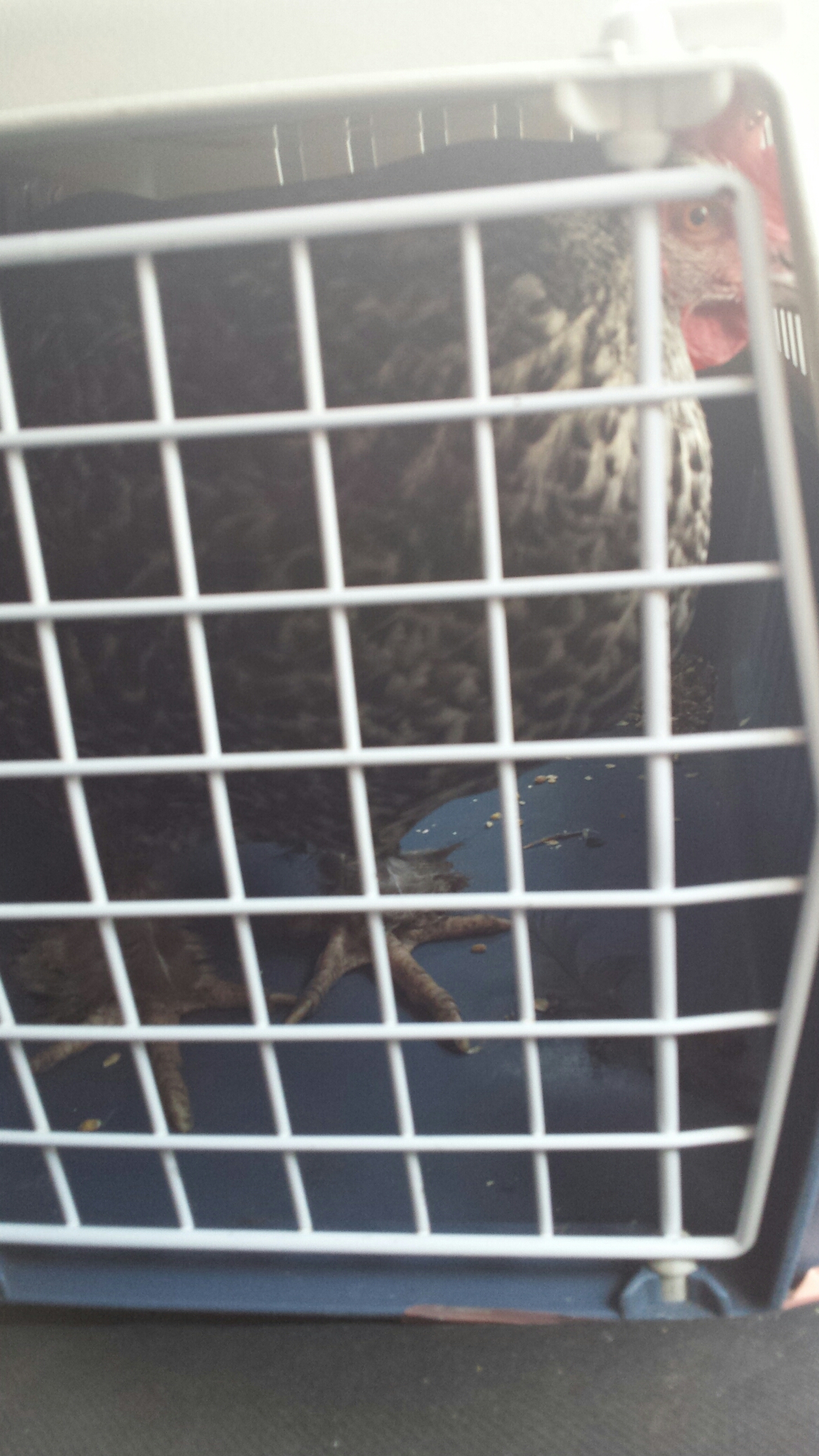 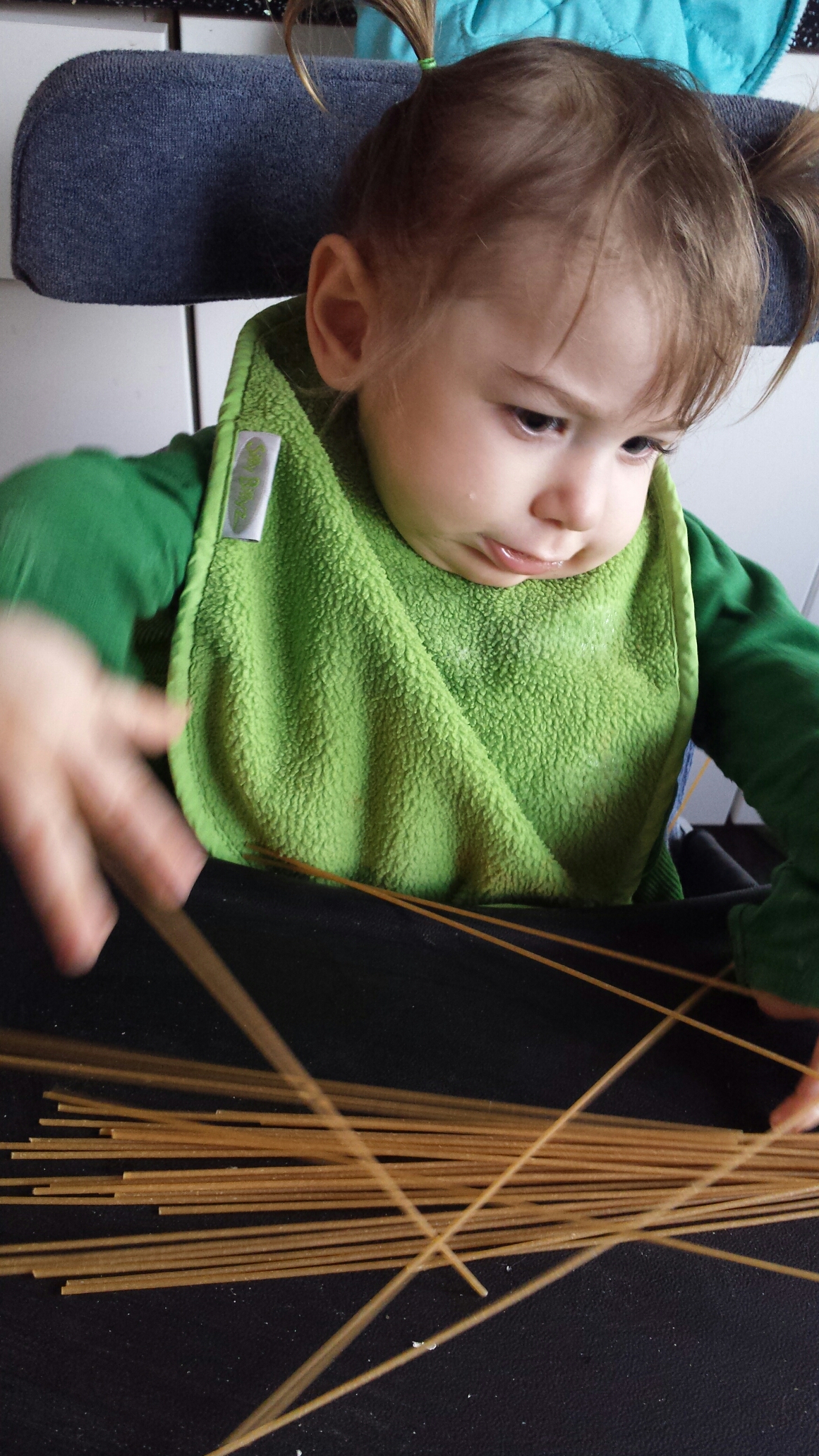 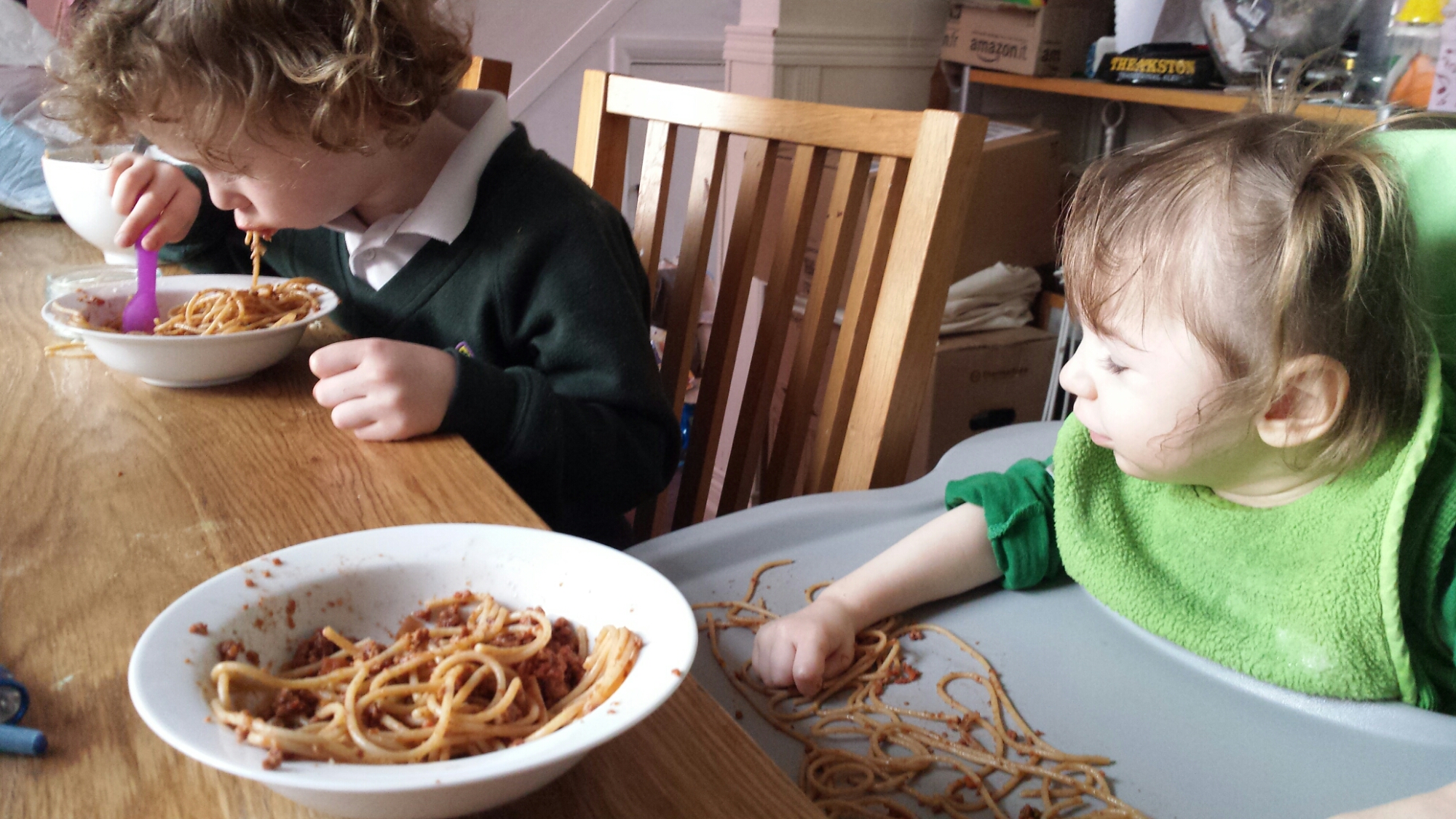 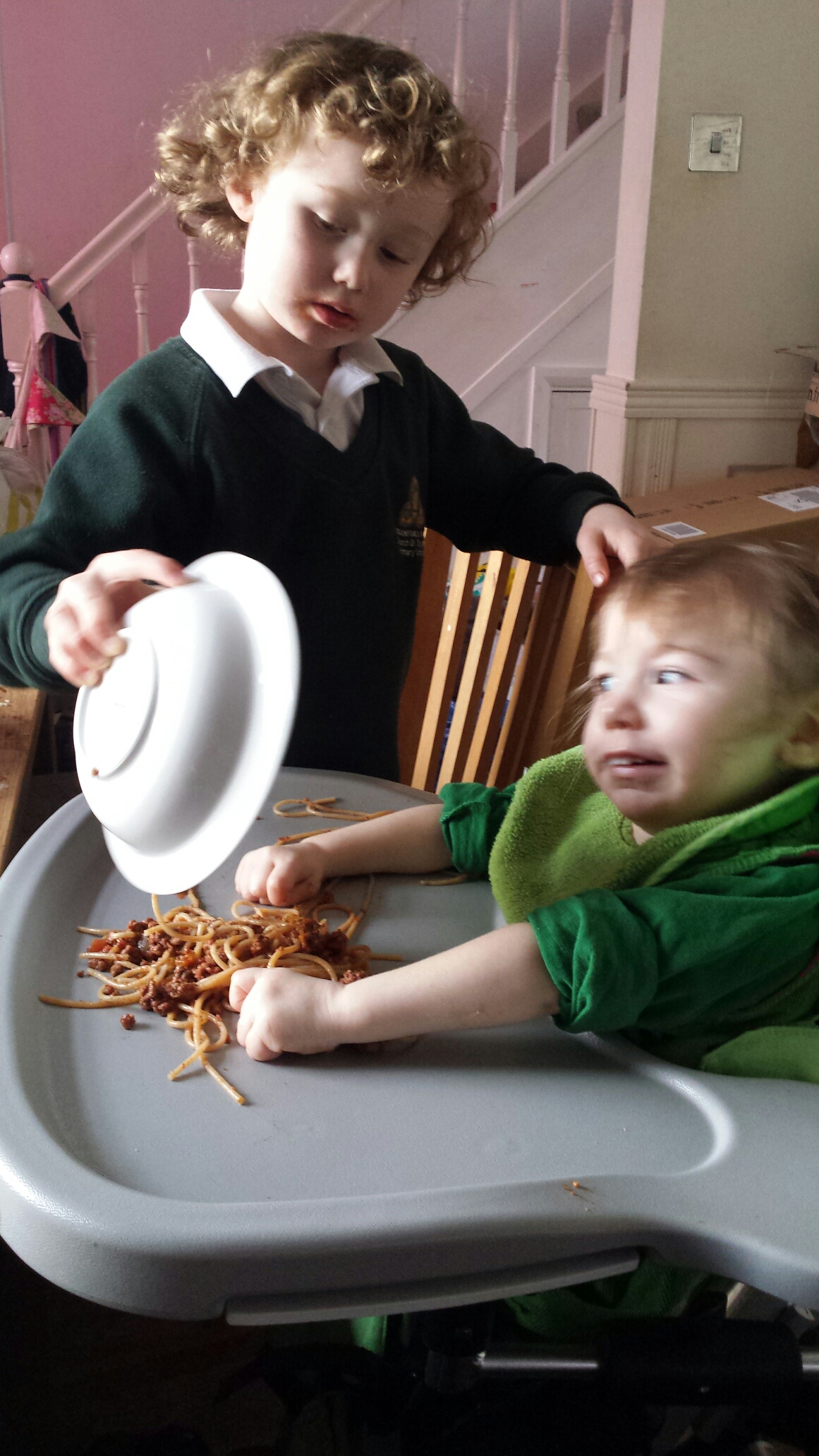 Willow’s dinner is the food she’s playing with blended with a cup of hemp milk. She has the same meds at teatime as she does at breakfast. 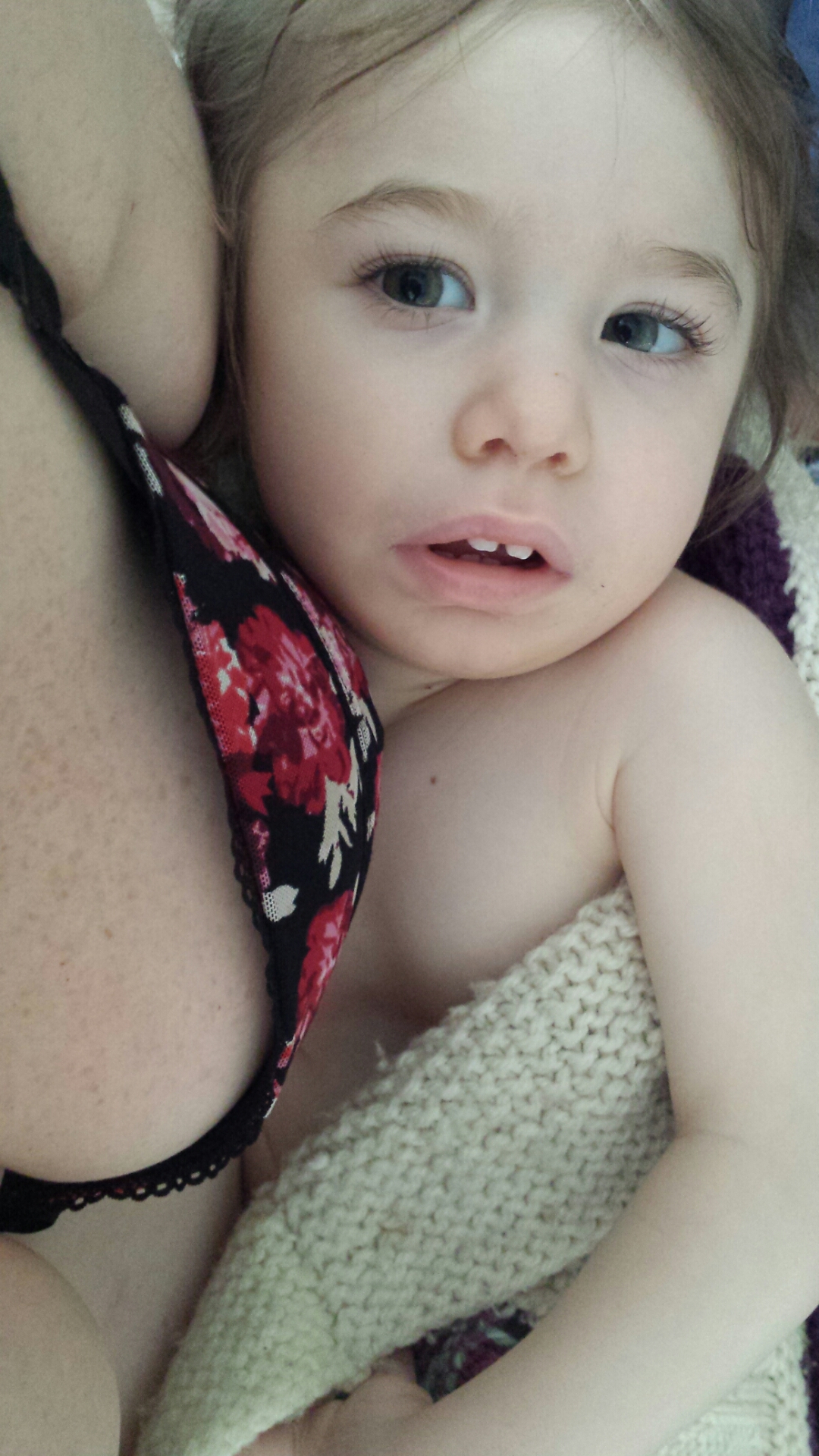 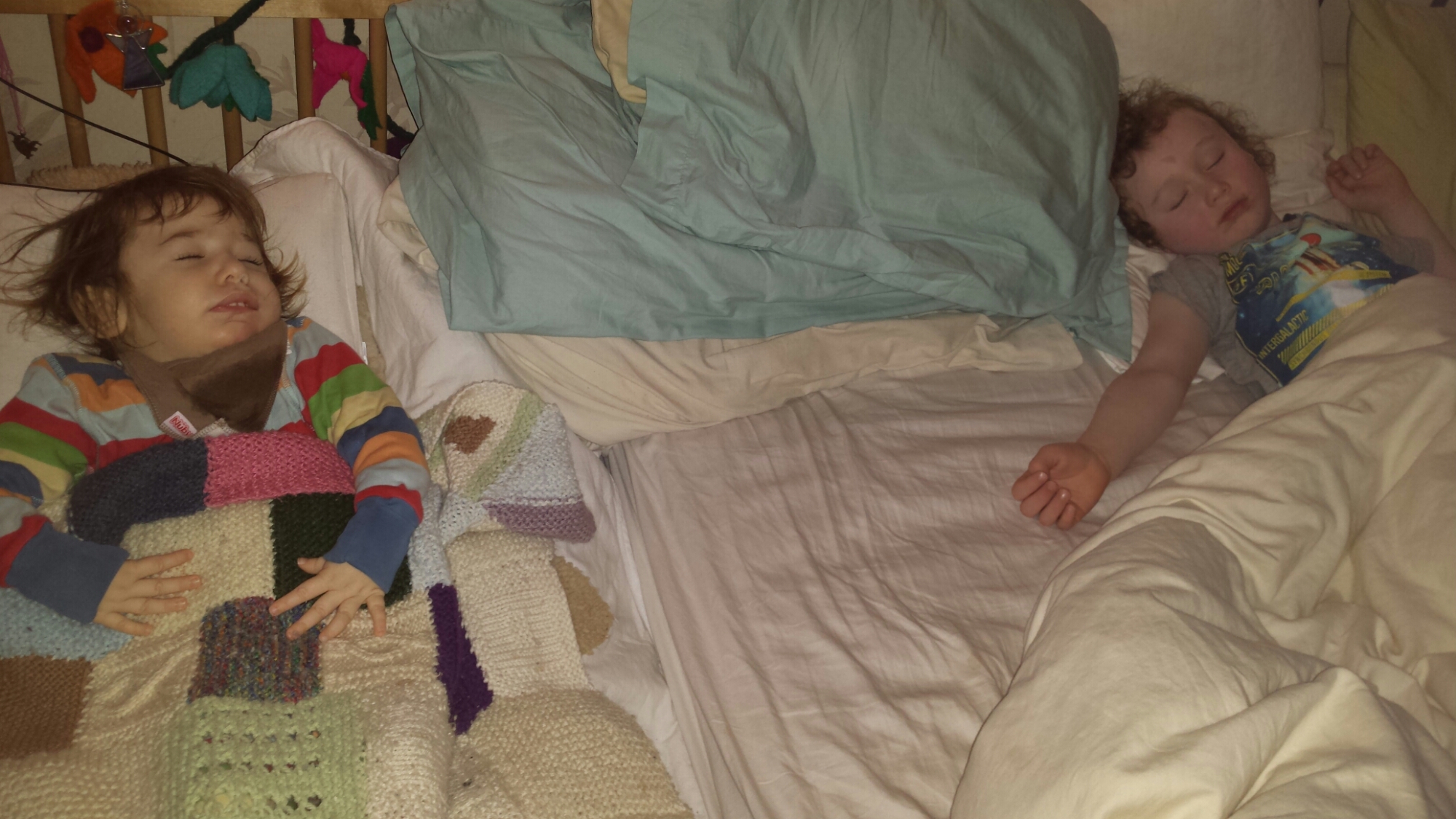 There’s my space and I’m going to take it! I’m a bit sad that I lost all my updates since lunchtime but I learnt a valuable lesson today, I really do not stop, it’s no wonder I’m tired so much. And, I have to say, I’m bloody awesome!

I also realised quite how much I do without thinking about it, and quite how much lugging around I do, moving Willow from one position to another, be it from standing frame to chair or in and out of the car and her chair just to pop places.

Despite the hiccup, I hope you get a little glimpse into the daily life of a family with a child with severe cerebral palsy in it. I’m off to get Willow’s Nightime milk ready, which is hemp, oat and almond milk mixed. The almond milk is a powder and has good calorific content compared to made up milk. Then, my friends, I’m going to bed and it will all start again at around 2am.

Mr T will stay up until midnight waiting to give Willow her last baclofen of the day.