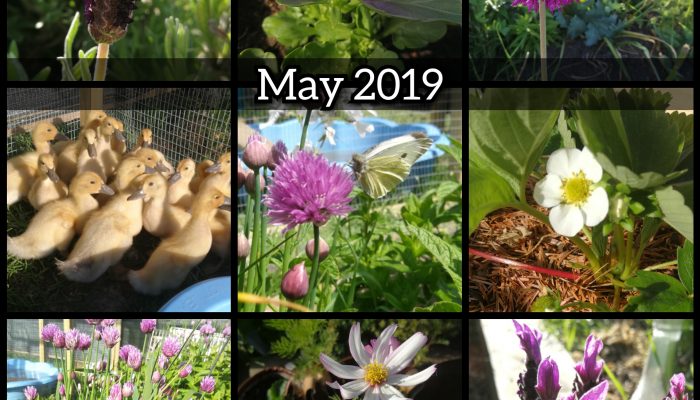 A long time since my last blog. Again! It seems like a great idea and Arsebook seems like a good thing to leave alone for a while.

So here I am tracking what I’m up to on my blog instead. Again.

I wanted to share a little view of some of the beauties in our garden this afternoon. This time last year we were preparing to move here, it was just a patch of grass and thistles and as I looked around it after walking down the garden path this afternoon, after a busy day out and about with the kids, I saw dots of colour EVERYWHERE.

The ducklings are enjoying days out in their newly built fox-proof enclosure, little fluffy blocks of yellow against the green. 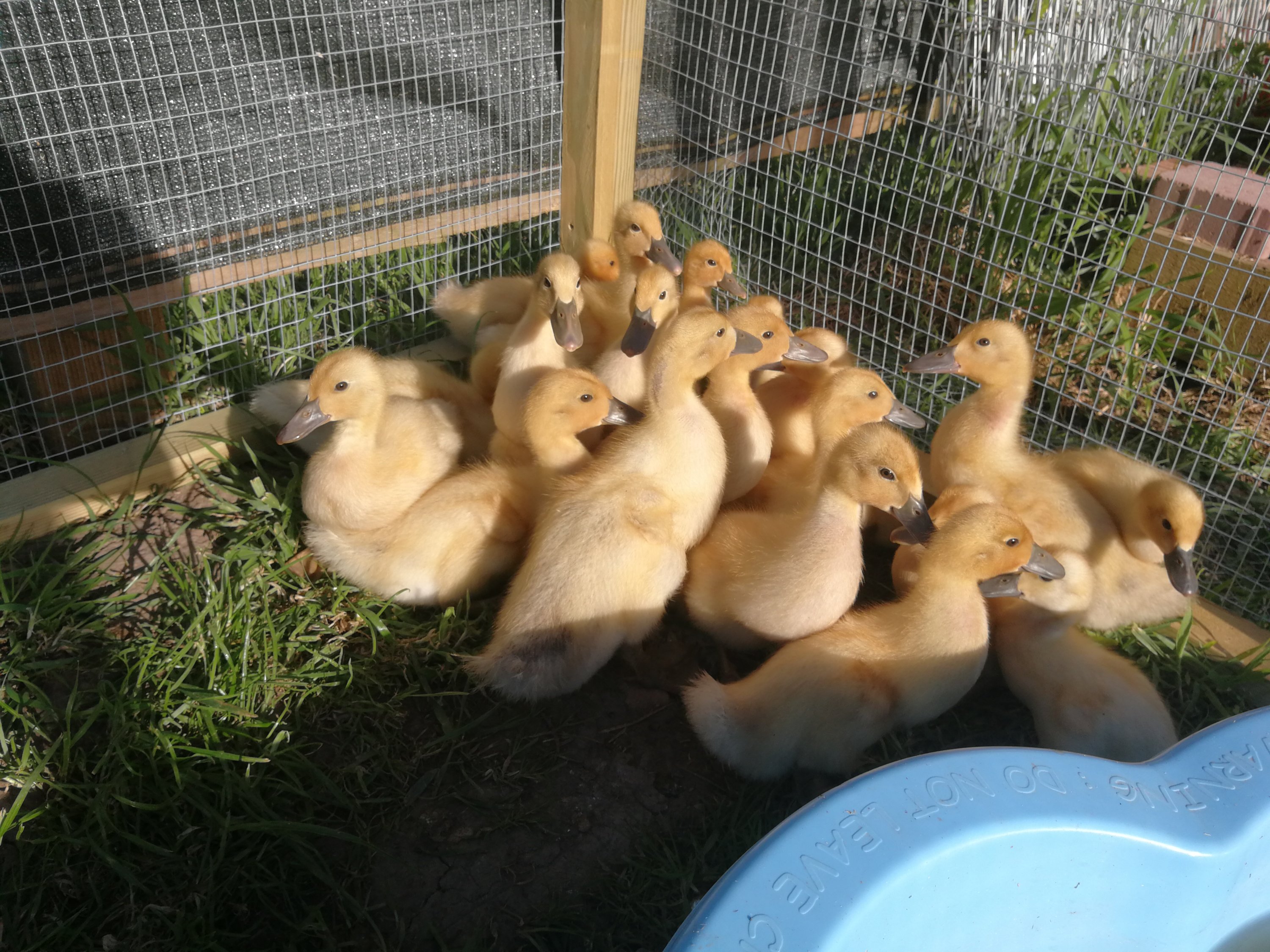 In the abundant herb border next to them, close to the house, masses of purple chive flowers which have been feeding bees all week, stand out against the lush green of mint, parsley, thyme and the chives themselves. Also what appears to be self-seeded phlox and cosmos from the late season seed scattering. And did I mention the mint? 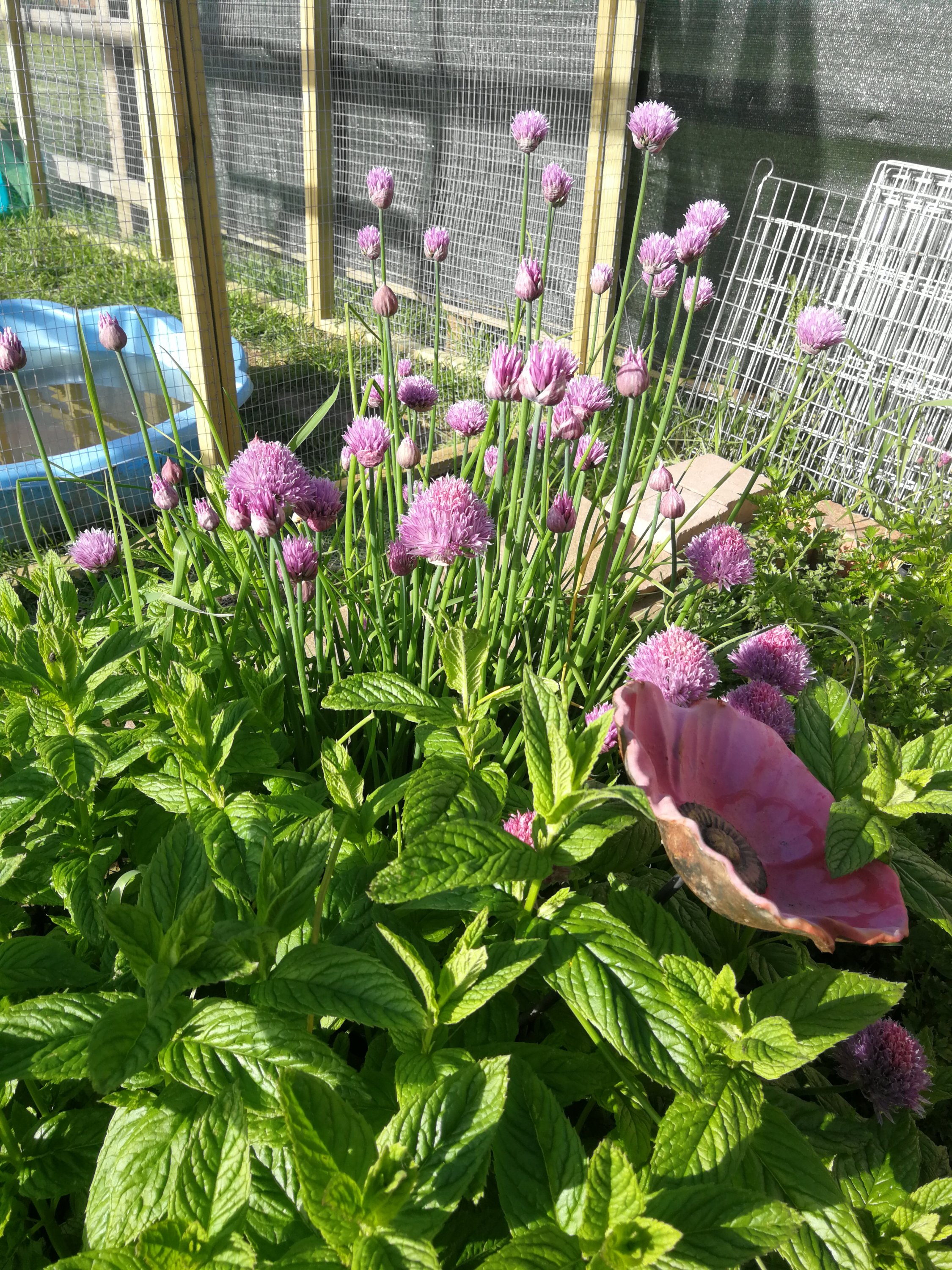 Next to those is an experiment. Cosmos and viola planted up into my old split wellies. First Cosmos flower to burst free! I lost most of my cosmos seedlings in the surprise frost in April, which also took several squash plants too. But not all! Hahaaa! 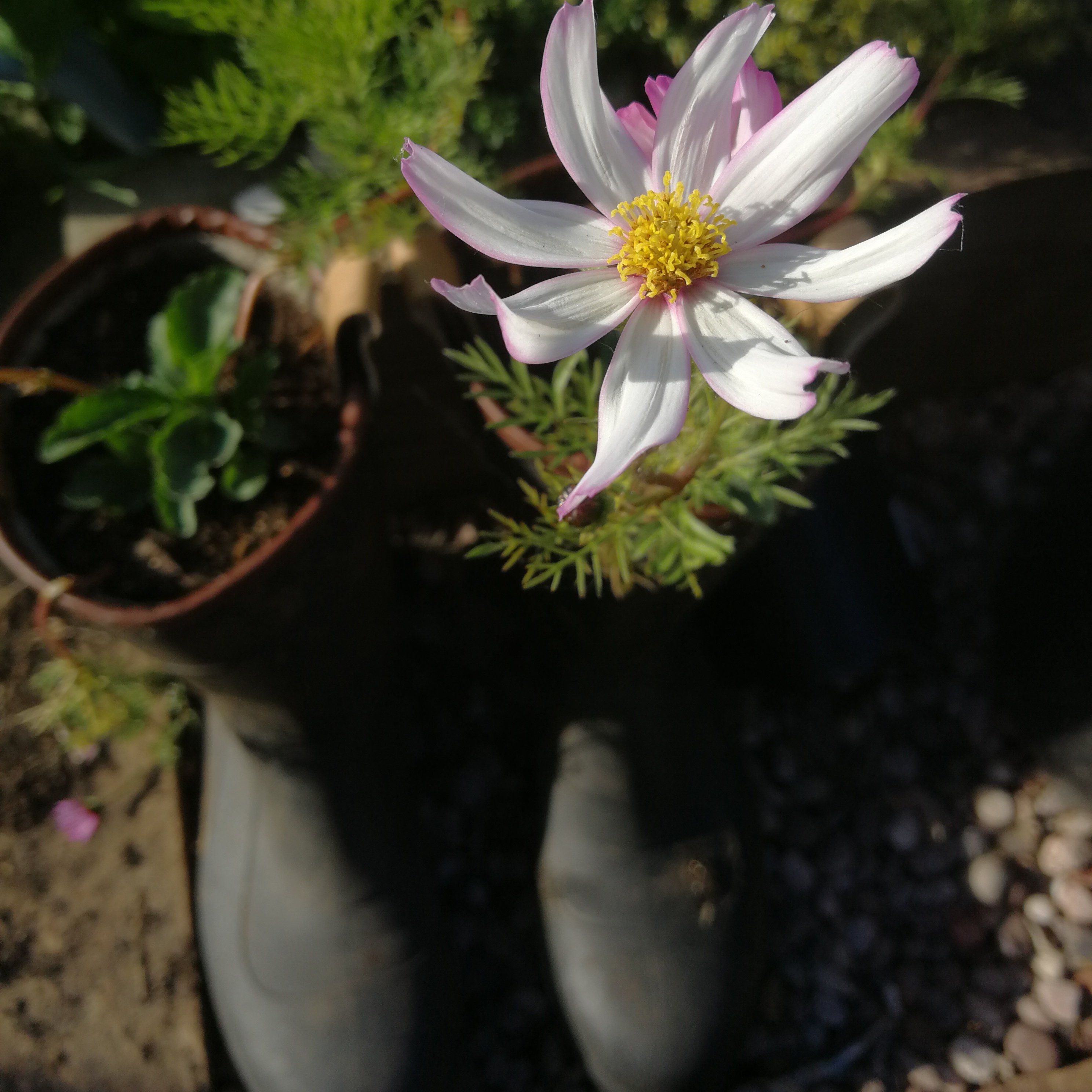 There are other dots of purple and white showing their happy faces, lavendula, lavender, strawberry flowers, more violas. There’s also bright yellow kale flowers from the last kale plant that we let go to seed, also being enjoyed by the bees in this little hungry gap. And masses of broad bean flowers.

The many rose bushes that will one day form my rainbow rose border, are budding, ready to spring into action and perfume my whole garden.

There’s unfinished jobs everywhere, but at least they’re started. We don’t get a massive amount of time in the garden so little and often has to do.

Next up, the next stage in the pond, edging it. After a trip to Anglesey and some sea action. Till next time, I’ll leave you with the delicious lemon drizzled fresh British asparagus we had with dinner tonight 🙂 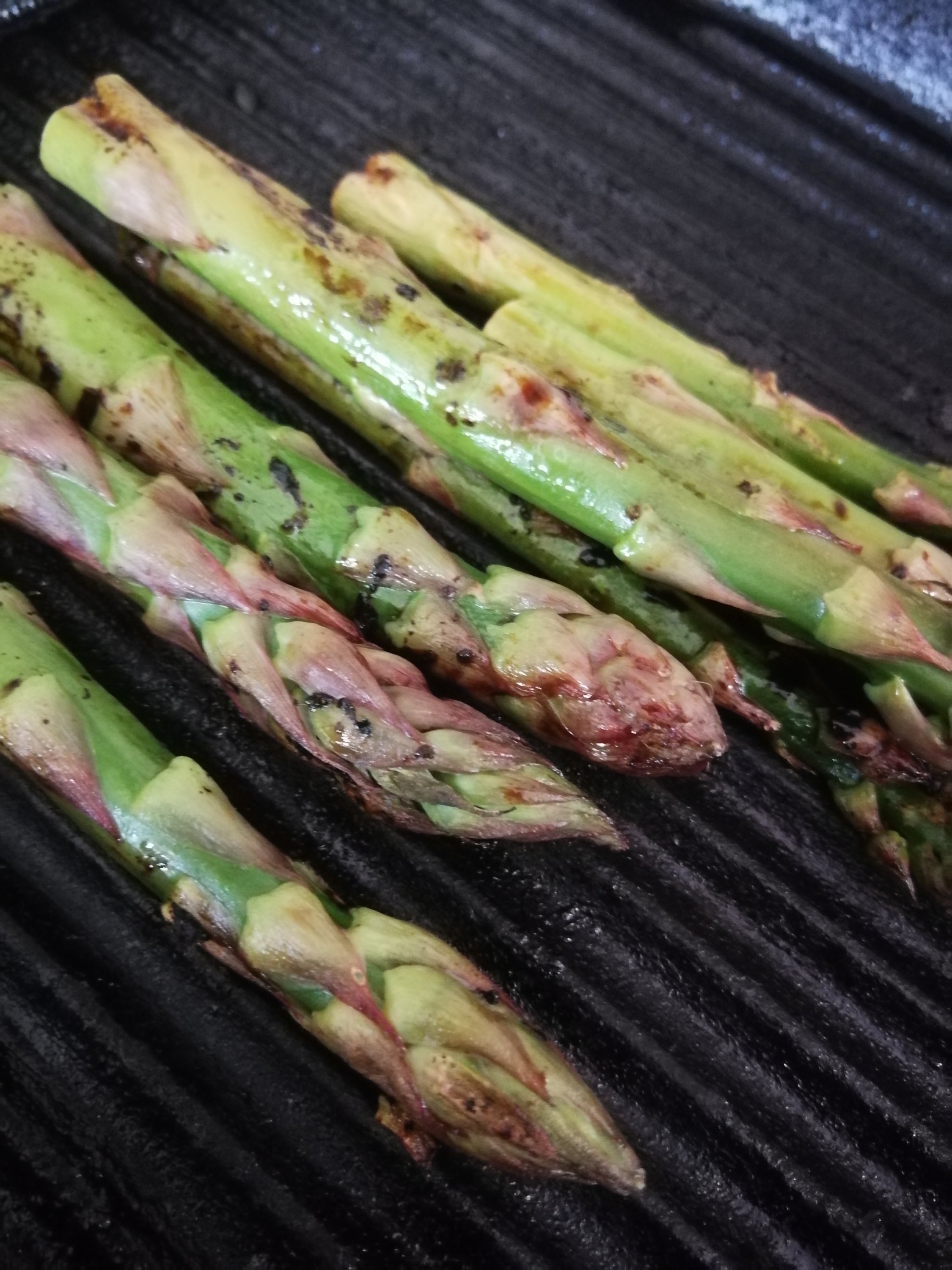 British asparagus drizzled with lemon and pepper and griddled