I’m struck this week, in particular, how little support we ACTUALLY get as a family.

Both Mr T and Thing 1 have been ill for a few days, which has actually made the last two daytimes a damn site easier, but harder come the evening. I’ve still been in the van driving for two hours each day, taking Miss W to school and back and picking her up and back, but I got to do the weekly shop in a leisurely fashion and today got to go to a coffee morning at school without feeling like I should be doing something else with Chops.

The coffee morning guest was a lady talking about the Cheshire West Team Around Family service. We’re Cheshire East but yet again I sat there wondering why so many people get so much support and we get none. What are we doing wrong?

Children with less complex needs, too, and in some cases only one of them! I listened to parents telling me I should fight for it and you don’t get anything without a fight, you must fight. They were well-meaning, of course, but they don’t realise I have been fighting for SOMETHING almost constantly for over 6 years for our kids, that the reason I’m not fighting right now is because we need a break, I’ve got a battle brewing with Transport that I haven’t yet given 100% in the hope that SOMEBODY might actually do their job and sort it out without a massive fight.

Transport. What a difference it would make to my life and to A’s education if we got that sorted. We HAVE transport agreed, it’s been agreed since before Christmas, but what they can’t work out is who to get to train the escort in suction! Sounds simple, hey? The responsibility is currently being batted around between various agencies but tomorrow I’m going to start bearing my teeth.

One thing about car journeys on your own is you get plenty of thinking time. I know why we don’t get all the support that others get, it’s our own fault really, because we cope. And when I think about it, I always think about the woman in the cubicle opposite me when I was induced with Thing 1. Bawling her head off, shouting at everyone. She had constant attention from the nursing staff. I was quiet, much to my surprise, we both imagined I’d be coming up with some spectacular swear words for our later amusement. But breathing and walking round and round the hospital circuit was how I got through it, hand in hand with my rock. Gritting my teeth and just getting on with it together. No fuss and no shits given (that came during birth ???? bahaha).

Bit like us now, head down and doing what needs to be done. Together. We cope. Just, sometimes. We’re both exhausted and mentally loaded to capacity, but all too aware of how short life is and how short childhood is. People comment on how we find time to do the stuff we do but the truth is, I worry for us if we stop. We only just keep our home kind of clean and we barely ever sit on our arse watching telly. We do little bits here and there and it keeps everything running.

We’re not alone, there are families with children with disabilities up and down this country and every other country all over the World doing much the same and with even less support, some families don’t have a strong partnership like we do, there’s nothing like raising a child with complex needs to test a relationship!

So there, moany arse bum willy titties. You won’t hear me moan about our life very often because I’m usually a super positive person, but listening to what we don’t have today instead of thinking about what we do, took its toll.

But tomorrow I take action. First up, transport.

In other news, I made a “writing area” for my writing resistant little man and it opened up a whole discussion over his writing resistance that although in itself was sad and made me really cross at the mainstream education system, I feel really happy that he is home educated and in a position to learn at his own pace and that he was able to tell me what happened.

We’re going right back to basics with a clear understanding of what we’re doing. It’s taken almost 2 years to get here but I think he’s needed that space to understand.

Fundamentally the problem was that he had just started getting to grips with writing, phonetically, at the end of year 1. He came back in Year 2 and BAM, no more phonics, you have to spell things correctly, we’re going to add pressure to you in a weekly spelling test and if you write your letters backwards that’s a fail on that spelling. Only just 6 years old. Two years to get over it but thank goodness he’s been allowed that space.

Make a mistake in your text? Just put a cross through it, so that his teacher could see his mistakes. His sentences were littered with crosses, they looked a right mess. What does that do to a little boys self-esteem? He wouldn’t use a rubber because he’d been told he wasn’t allowed to. Penalised for misspellings. Gah, I’m on a rant again!

Must be in the mood 🙂 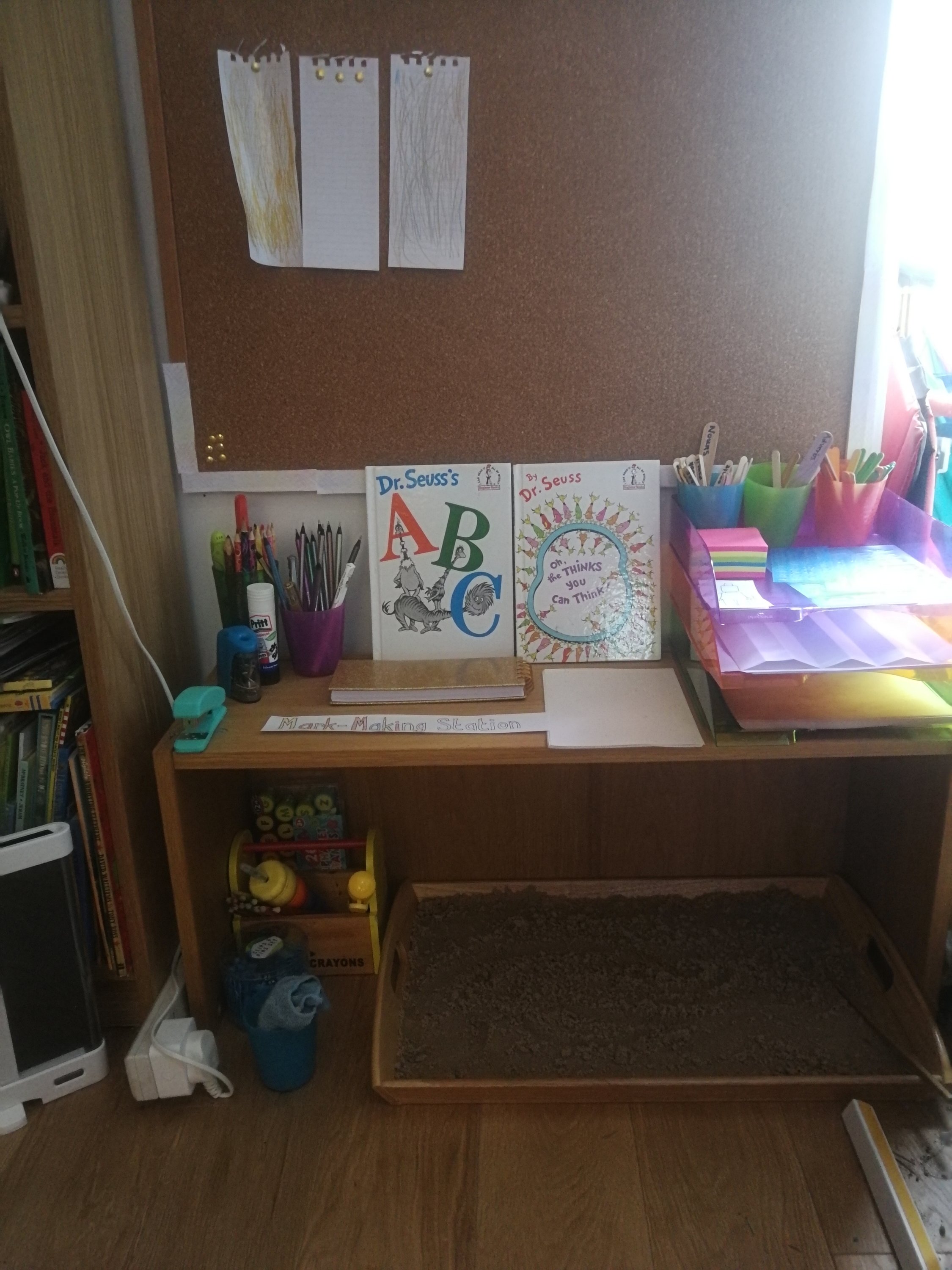